Where the Navvies Lived

The building of a railway required a huge amount of physical labour, and the thousands of men employed to construct the route had to live close to the line. Moving from place to place to work on the large number of public works undertaken in Victorian Britain, many navvies chose to lodge with people in nearby towns and villages. However, navvies had a reputation for being unreliable tenants, notorious for not paying rent and for thieving from their landlords. Also, there were simply never enough lodgings to support the large numbers of men at work in the area, especially when the railway was being built in remote locations where there was no sizeable population. Obtaining suitable housing for the navvies and their families therefore became a significant feature of railway construction. This page describes the development of navvy accommodation. 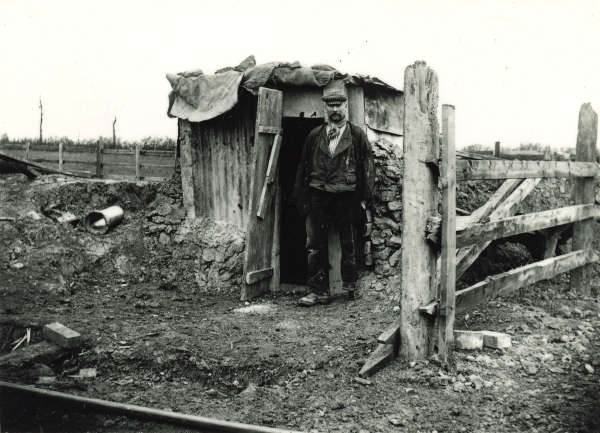 Although navvies were no longer living in these primitive huts by the time the London Extension was built, this watchman's cabin near Upper Shackborough nevertheless provides a good example of the crude dwellings that navvies were forced to inhabit during the mid-nineteenth century. Wood, corrugated metal, mud, stone and lengths of fabric have all been used to construct this temporary shelter. See Details

During the period of railway mania in the mid-nineteenth century, navvies lived in invariably poor conditions. Contractors were reluctant to accept the burden of housing their employees, and where navvies didn't sleep either in lodgings or the open air, they inhabited squalid communal dwellings, or shanties, fashioned from a variety of materials quite often only metres from the line. These shanties were damp, unsanitary, overcrowded hovels with little or no ventilation. They were clearly unhealthy places in which to live, and it was not uncommon for a navvy community to be overtaken by cholera, dysentery or typhus. Following a wave of concern, these appalling conditions began to improve. It was thought that better housing would not only improve the life of the navvies themselves, but would also serve as a civilising influence that would curb their notoriously immoral behaviour. Employers gradually began to accept greater responsibility for the navvies' wellbeing, and by the end of the nineteenth century contractors were obliged to provide their workers with adequate accommodation. 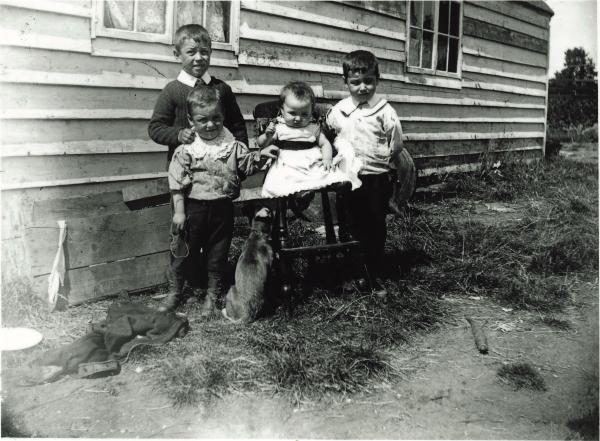 As many navvies had a nomadic lifestyle, their wives and families had to accompany them as they travelled across the country to work on various engineering projects. These four children are posing for the camera beside their hut at Newton Purcell, Oxfordshire. See Details

For the ten thousand navvies at work on the London Extension, contractors erected temporary hutted camps that consisted of a range of cabins made of wood and corrugated metal. The camps were built beside the contractor's depots and at strategic locations along the route, such as Quainton Road, Charwelton, Helmdon and East Leake. Unmarried navvies lived in dormitories of perhaps fifteen men, whilst foremen and those with families were given a hut to themselves. Although simple by modern standards, these cabins were comparatively comfortable given the harsh conditions that navvies had previously endured. Many were decorated with pictures and ornaments, and most were kept with a diligent pride that observers forty years before would have considered unthinkable. 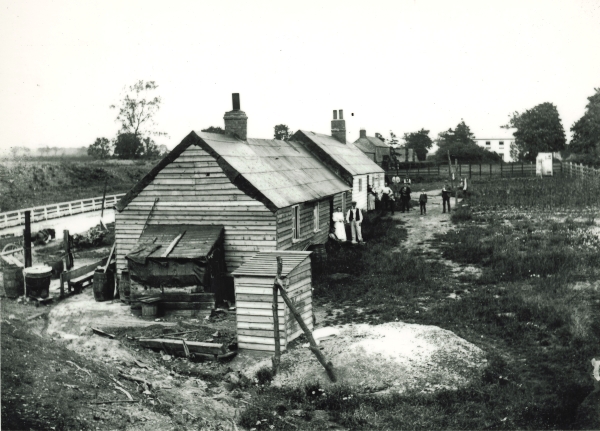 By the end of the nineteenth century the navvies' employers were far more willing to provide their workers with suitable accommodation. Photographed around 1897, these purpose built, temporary wooden huts formed part of the Barley Fields navvy settlement in Oxfordshire. On the right are the garden allotments in which the navvies could grow their own food. See Details

Although these camps were distinct communities in themselves, and many were even given land with which to grow their own food, most were not totally cut off from society. Local businesses were doubtless very grateful for the opportunity to sell their goods, and the camps were well served by bakers, travelling merchants, grocers and butchers. There are even cases of local people helping navvies with reading and letter writing.

Like the navvies themselves, these unique camps have become a largely forgotten episode in British history. Apart from the numerous myths and tales that continue to linger in the villages touched by these illustrious invaders, evidence of their communities has long since been swept from the landscape. 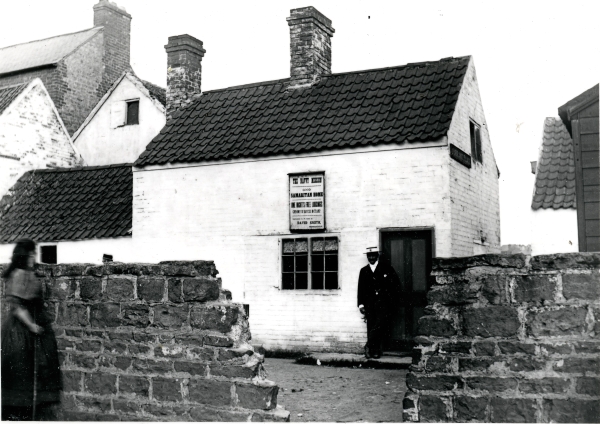 Photographed in July 1897, this small white cottage in Bulwell was given over to use as navvy lodgings. The sign on the wall reads 'The Navvy Mission Good Samaritan Home. One Night's Free Lodgings - Given Only To Navvies In Tramp'. Despite great improvements in navvy accommodation, some were clearly still enjoying a more nomadic existence. See Details 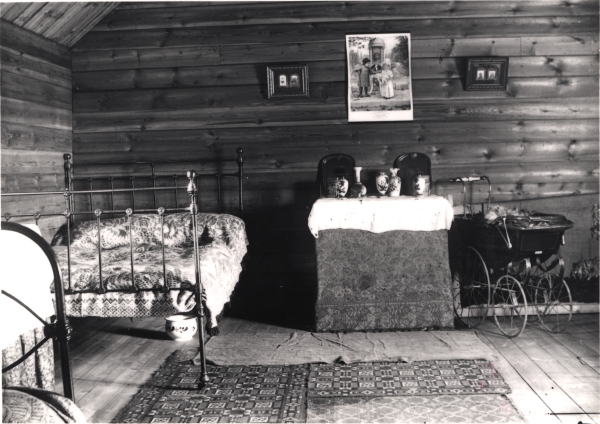 This photograph, taken at a foreman's hut near Calvert, illustrates the significant advances that had been made in navvy accommodation during the nineteenth century. Although comparatively primitive by today's standards, this well kept timber cabin would have been superior to many other working class dwellings of the period. See Details