The Brill Branch, or Wotton Tramway, was built in the 1870s to serve the Duke of Buckingham's estate and was originally worked as a horse tramway. This ramshackle railway travelled from the Metropolitan Railway's Quainton Road station to the village of Brill itself. To work the six and a quarter mile long line, two four wheeled, chain driven, steam locomotives were supplied by Aveling & Porter of Rochester, while passengers were carried in an old composite coach borrowed from the Great Western Railway. The two Aveling locomotives, No's. 807 and 846, were eventually withdrawn, but No. 807 (built in 1872) has managed to survive. This photograph from June 1970 shows No. 807 during its stay at Clapham Museum. No. 807 is now in the collection of London's Transport Museum. 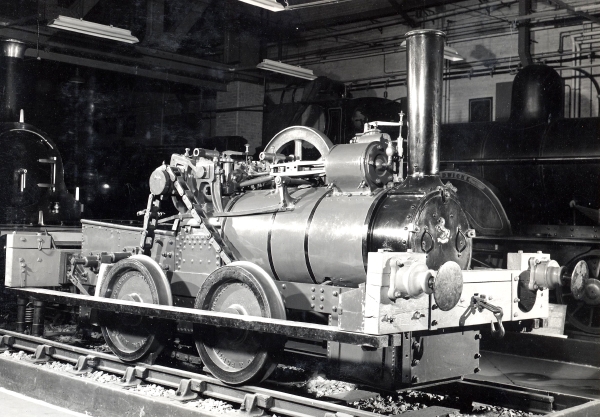 In 1876, two Bagnall built saddletank locomotives were supplied to replace the Aveling & Porter engines, but these were replaced after operations were handed over to the Oxford and Aylesbury Tramroad Company in 1894. The line was re-laid and the basic stations on the line were renovated and improved. Two new Manning Wardle & Co. 0-6-0 saddletanks were brought in to operate the branch service. The locomotive pictured here at Quainton Road is Manning Wardle & Co. 'K' class 0-6-0 saddletank, BRILL No. 1, (No. 1249) of 1894. The locomotive is pictured hauling two Midland Railway wagons and an antiquated carriage, probably that loaned from the Great Western Railway. 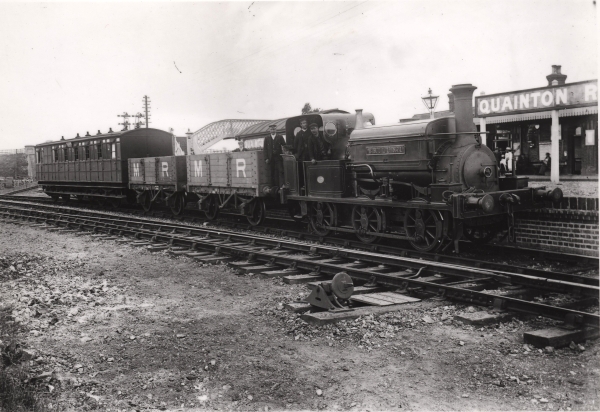 The Metropolitan Railway acquired the lease of the Brill Branch in 1899, and the Company soon replaced the Manning Wardle locomotives with two 'D' class 2-4-0's from their own stock. However, when the Great Western & Great Central Railways built their new line and a station at Wooton, this offered much faster connections to London. By 1935, the new London Passenger Transport Board (into which the Metropolitan Railway had been absorbed) decided that they could no longer justify operations north of Aylesbury and ceased all services, including the Brill branch, beyond that point. Photographed at the branch line platform at Quainton Road Station, this locomotive is Metropolitan A-Class 4-4-0 tank locomotive No. 23, which the Met had brought in to operate the line . Built by Beyer Peacock & Co. (works no. 710) in 1866, this loco was already sixty eight years old by the time this picture was taken. 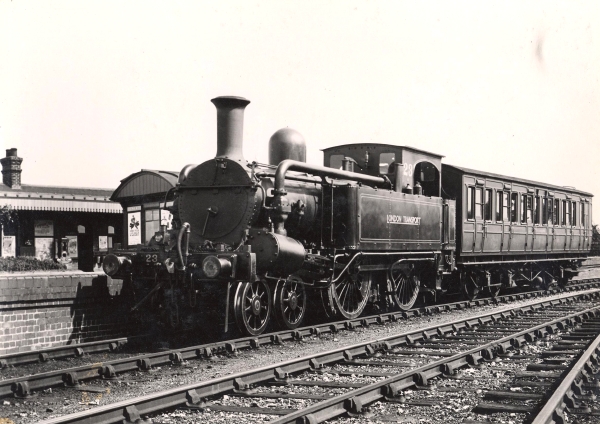