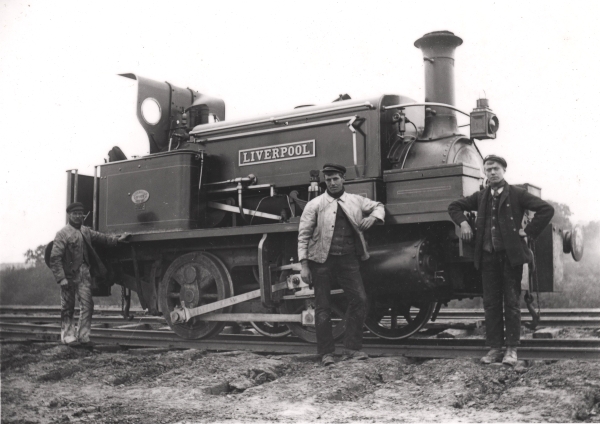 The construction of the Great Central Railway's 'London Extension' was a mammoth feat of civil engineering. It is estimated that around 13 million cubic metres of earth were excavated by the navvies, which was then taken away in small four-wheeled wagons pulled by equally diminutive steam locomotives. This section takes a look at these steam work horses - the contractors' locomotives.

As part of his venture to record the construction of the new railway, S. W. A. Newton took over a hundred photographs of the different contractors' locomotives at work at many different locations along the length of the line. For many of these photographs, the locomotives' crews posed around their highly polished steeds, but Newton also managed to capture some of the locomotives doing what they did best; hauling rickety looking trains over rough and uneven tracks.

A wide variety of these locomotives were used on both the 'London Extension' and also the 'Alternative Route' through High Wycombe built by the Great Central and the Great Western Railways. The photographs Newton took clearly show the level of pride that the crews had towards their locomotives; the polished brass and gleaming paint work contrasting sharply with the surrounding mud covered construction sites.

What were the contractors' locomotives?

The construction of the 'London Extension' was divided into seven separate sections, each one being a contract. These contracts were: 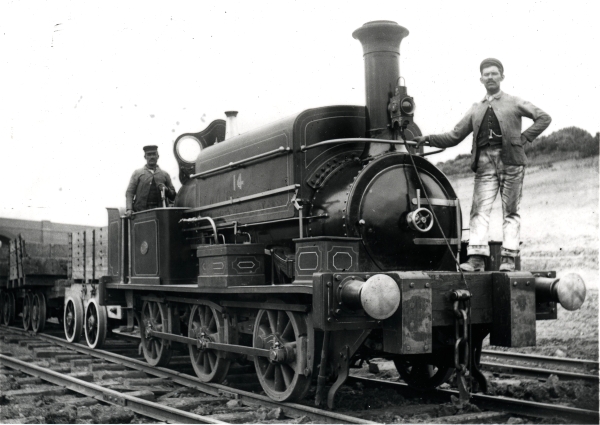 Each of the seven contracts were awarded to the particular contractor that had put in the most competitive tender for the construction of each separate section of the railway. The contractors that won the contracts, by the nature of their business, had an army of men at their disposal along with tools, machinery and materials. 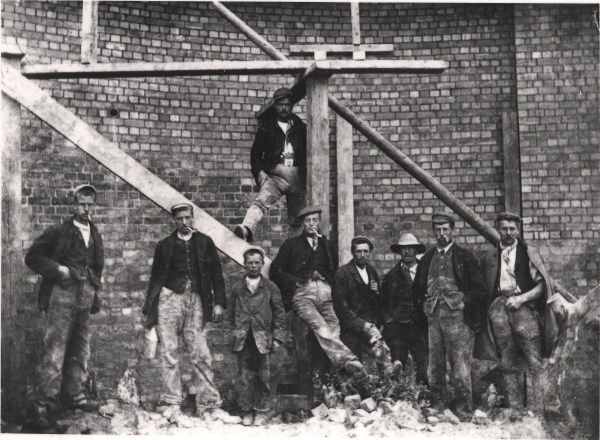 A gang of navvies, most likely bricklayers, pose for the camera near Twyford, circa 1897. They were in the employment of Walter Scott & Co. who built this section of the London Extension between Brackley and Quainton Road. See Details

Each contractor was familiar with the kind of heavy engineering required to build the railway and knew that it would take more than pack horses to move the excavated earth and bring in materials. Then how would they do it? The answer lay with temporary portable railways that could be laid wherever they were needed. In total, over 200 miles of these tracks would be laid. The engines that worked on these contractors' railways were the contractors' locomotives and MAINDEE here, seen at Wilford in Nottingham, was a typical example. 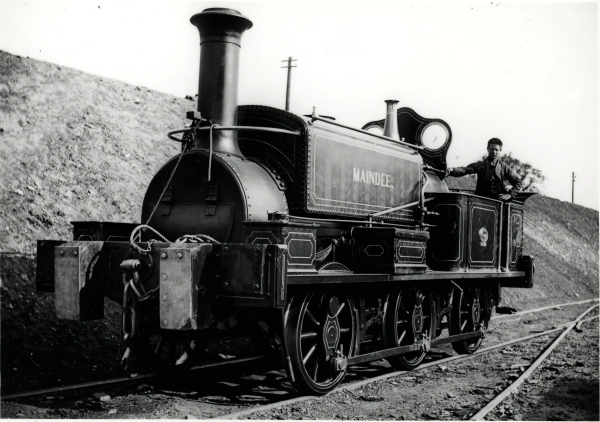