After working on several other railway contracts for both the London, Midland & Scottish Railway and the London & North Eastern Railway, No. 10 worked its last railway contract in 1930/31 - the Westbury and Frome cut-offs for the Great Western Railway. Logan & Hemingway went into liquidation in 1935 and No. 10 was sold off to the Cranford Ironstone Quarries near Kettering in Northamptonshire. 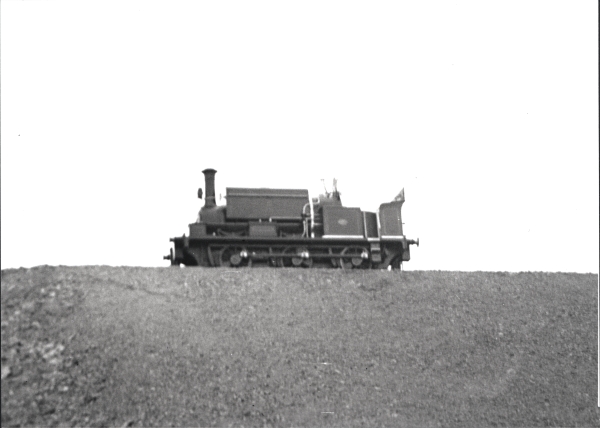 In 1931, Logan & Hemingway were entrusted with the construction of both the Westbury and Frome cut-off lines for the Great Western Railway. This photograph was taken that year by the well-known railway photographer, Ivo Peters, who believed that this locomotive was in fact, No. 10 (formerly No. 30). See Details

On arrival at Cranford, No. 10 was named SIR BERKELEY, taking the nameplates from a scrapped Manning Wardle locomotive. Its new duties mainly involved hauling short trains of ore wagons from the quarry to the LMS interchange sidings. In the 1950's, SIR BERKELEY was rebuilt with a new open-backed cab and new mechanical lubricator. It was transferred to Byfield Quarries in 1957 where it continued in occasional operation until 1963. SIR BERKELEY was sold the following year and eventually taken to the Keighley & Worth Valley Railway in Yorkshire for restoration. 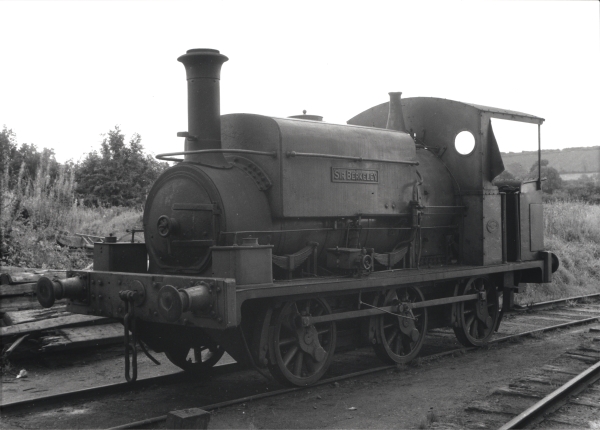 SIR BERKELEY was transferred to Byfield Quarries in 1957 where it was photographed by Ivo Peters outside its shed on 4th October 1960. Note the modified cab that replaced the old weather board. See Details

Having been restored to near original condition, including the removal of the cab and the refitting of its original weatherboard, SIR BERKELEY played a staring role in both the TV and film versions of the E. Nesbit story, 'The Railway Children' - both starring Jenny Agutter and filmed on the Worth Valley line. Sold to the Vintage Carriages Trust, the locomotive toured the country and even visited the Dutch National Railway Museum before moving to the Middleton Railway in Leeds - less than a mile from where it was first built. SIR BERKELEY's ten-year boiler certificate ran out in 2001 and the locomotive is now awaiting overhaul at Middleton. For further details, visit the Vintage Carriages Trust. 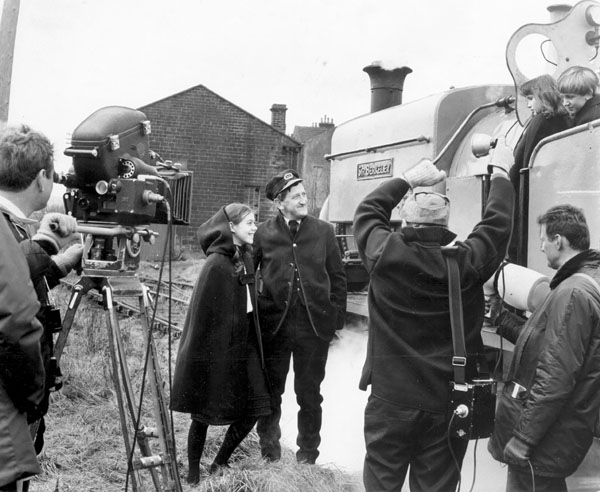 In 1968, the BBC produced an adaptation of E. Nesbit's book 'The Railway Children' as a television series. SIR BERKELEY had a starring role in the series, and is seen here with Jenny Agutter, Gillian Bailey, Neil McDermott and Gordon Gostelow during filming at Oakworth Station on the Keighley & Worth Valley Railway. See Details