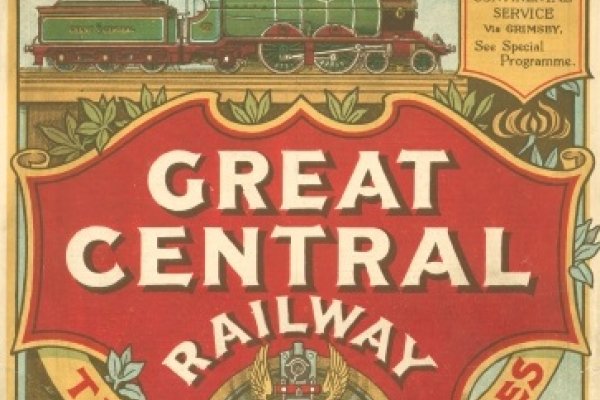 The London & North Eastern Railway brought many changes to the old Great Central route to London. Throughout the 1920s and 30s, the old GCR locomotives began to reappear bearing new liveries with 'L N E R' on their tender and tank sides, and many new locomotives were also introduced to replace the older Robinson designs. Some of these locomotives, such as the V2 and B17 classes, came from the pen of Sir Nigel Gresley - the man behind the famous FLYING SCOTSMAN, which was itself based at Leicester Central shed during the 1950's. By the end of the 1930's, the country was at war again and the Government took temporary control of the railways.

The next milestone was reached in 1947 when Britain's railways were Nationalised. The old Great Central line became part of British Railways Eastern Region, but this only lasted until 1958 when the London Midland Region took over the running of the route. The 'Midland' was the old rival and, with them in control, the fate of the London Extension was sealed. In line with the recommendations set out by the now infamous Dr. Beeching, the 'Midland' began the systematic run down of the old GCR line. The intermediate stations were closed in 1963 and freight services were withdrawn shortly afterwards. As part of the run down, well-maintained locomotives were replaced by old and worn out machines that endeavoured to maintain an efficient service. The end was now in sight.

On 15 June, 1963, a rail tour was run over the London Extension, hauled by the world famous locomotive, No. 4472 - FLYING SCOTSMAN. The former LNER locomotive, once a resident of Leicester Central shed, was purchased from British Railways by Alan Peglar, who proceeded to have his prize repainted into its old LNER livery. In this form, 4472 travelled the country on rail tours, drawing crowds wherever it went and thus enforcing its fame. In this photograph, the A3 class locomotive powers its train through Whetstone. See Details

On September 6th 1966 the London Extension was truncated, leaving only diesel multiple unit service operating between Nottingham and Rugby. To the north and south, the line was ripped up and the buildings demolished. The new service struggled on until 5th May 1969 when it was replaced by a bus service. On that day, seventy years after it had opened, the Great Central Railway's London Extension closed. 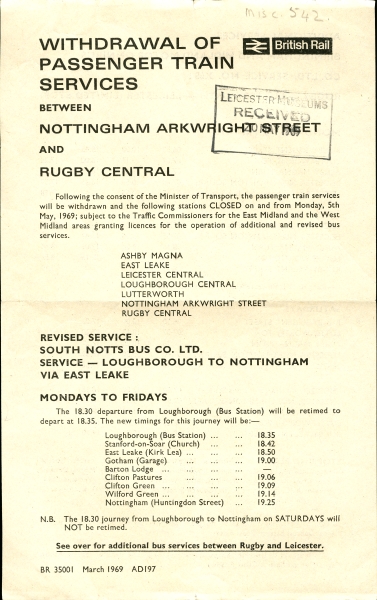