There were, of course, emergencies. On one occasion a London express had just gone through the station when someone burst in to the office saying that part of the road bridge was hanging down. A smoke deflector was dangling down over the track. One of the staff ran along the line towards Loughborough to halt any train, while Loughborough signal box was warned to stop all trains. Engineers from Leicester arrived to repair the damage, and eventually the line was clear again. 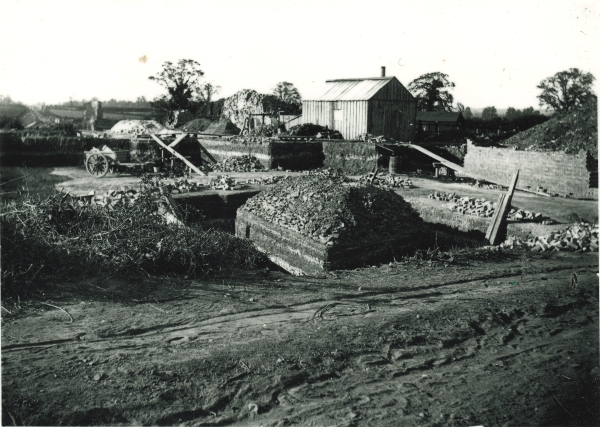 Contractor's yard at the site of Quorn & Woodhouse station, circa 1897. The square structure at the centre of the photograph is the foot of a bridge pier. See Details

One fortunately quiet day saw the arrival of a light engine from the Metropolitan Line going North for repairs. It was diverted into the sidings to let a train through. As it came out through a crossover at the end of the station platform, a bracket low down on the engine caught the coping stones of the platform, demolishing a section that fell and blocked the down line. The engine was temporarily disabled.

Another emergency arose with a message from Rothley. A train carrying troops was to be stopped at Quorn & Woodhouse as reports had come in of 'pot-shots' being taken from it along the route. It was a train of cadets from Rugby, who were having a 'bit of fun' with their rifles, although they did not have any ammunition! 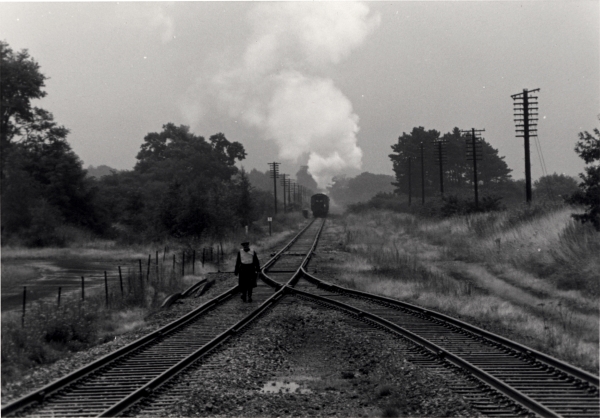