From Steam to Electric Power

In spite of the glorious scenery and fast journey times between Manchester and Sheffield, passenger trains always played second fiddle to the coal trains. Many of the mines in the Barnsley area were connected to the MSLR system, and the cotton mills and other industries in Lancashire and Merseyside wanted the coal that these mines produced. Trains of up to sixty wagons or more were a regular sight, which, from 1911 onwards, were usually hauled by the Great Central's 8K class 2-8-0 locomotives, designed by John G. Robinson. 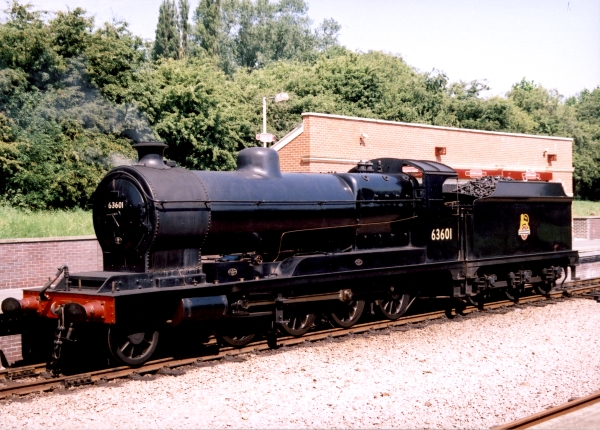 John. G. Robinson produced a number of successful locomotives for use on the GCR network. His most famous design was this, the class 8K (later O4) heavy freight 2-8-0 which was introduced in 1911. This particular example was built at Gorton Works in 1912 and is currently on loan to the preserved Great Central Railway where it carries its British Railways identity of 63601. See Details

In 1907, the Great Central Railway (the name to which the MSLR changed in 1897) opened its state-of-the-art new marshalling yards at Wath, which sped up the formation and despatch of the coal trains east of the Pennines. Unfortunately, the tunnel at Woodhead was something of a bottleneck as only a single line was available in each direction. Queuing trains were therefore not an uncommon sight. However, impressive as the 8K locomotives were (they were even built by the War Department during the First World War for use overseas), the heavy trains and steep gradients were still taxing the steam locomotives and their crews. Something needed to be done. 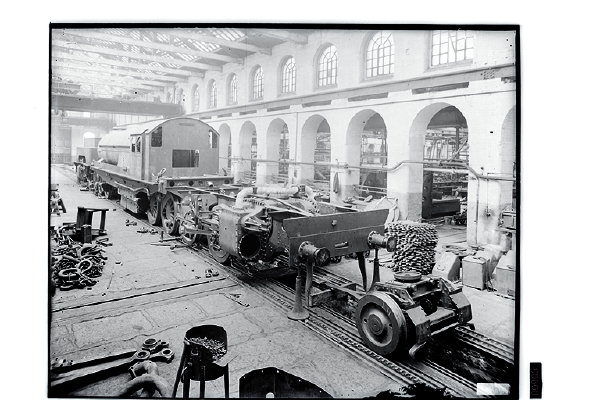 A possible solution to the problem of heavy trains was this, the LNER Beyer Garratt locomotive, No. 2395. This 2-8-0+0-8-2 had more than double the tractive effort of Robinson's 8K class - with a total of 72,940 lbs. 2395 spent its working life assisting heavy trains up the Worsborough bank near Wath. This photograph shows the Garratt under construction at the Beyer Peacock works in 1925. See Details

In 1926, the London & North Eastern Railway (LNER), who had absorbed the Great Central at the 1923 grouping, began to think about electrifying the Woodhead Route. Electric locomotives had better traction than the steam machines and required a lot less maintenance and preparation time. Tests were carried out in 1927 to calculate the traction requirements, but no more was done until the 1936 when the electrification started in earnest. The Second World War saw the work suspended, but its was soon started again upon the end of hostilities. As the electricity was to be carried by overhead cables, the existing Woodhead Tunnel was found to be too low and a new tunnel was bored to the south of the old one between 1949 and 1954. 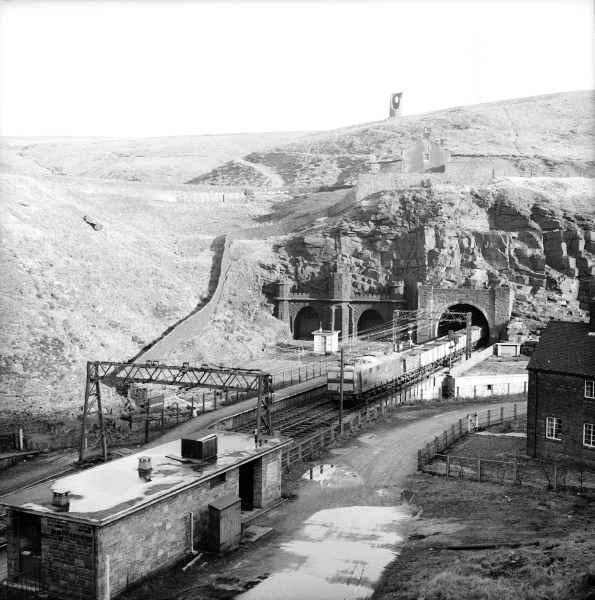 One of the EM1 electric locomotives emerges into Woodhead station from the new Woodhead Tunnel in February 1964. The old tunnels are to the left of the picture, while the station buildings have been demolished. Compare this with image L2376. See Details