Thirsty Work: Alcohol and the Navvy 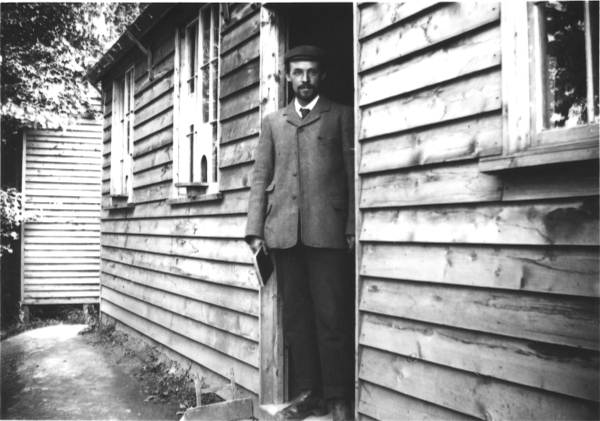 Many eager navvies must have filed up to the pay windows of this wages office near Wotton Underwood. Following pay-day, local publicans most likely offered the navvies a dubious welcome, no doubt being grateful for the business but also hopeful that that month's 'randy' should pass without incident. The man standing in the doorway is presumably the wages clerk. See Details

The connection that is made between navvies and the consumption of alcohol is probably the single best known fact about the lives of these travelling labourers. However, even if the image of a drunken, anti-social menace striking fear into the hearts of so-called civilised society is an exaggerated stereotype, the navvies' infamous drinking bouts were a genuine feature of their lives, resulting largely from the way in which the men lived and worked.

To begin with, the navvies were comparatively well paid. A good navvy could earn up to thirty shillings a week - three times more than an agricultural labourer. But as their nomadic lifestyle required few material possessions and usually offered freedom from the burden of home ownership, the navvies' was a relatively cheap existence. These hard working men with few responsibilities therefore greeted the monthly arrival of such handsome wages with thirsty enthusiasm. Secondly, as the navvies' isolation from the rest of society dictated that most did not participate in the many leisure activities enjoyed by the rest of the population, their heavy drinking can be seen more as a chosen social pastime, rather than simply a destructive and unruly tradition. In common with many other workers of the period, alcohol also provided a way for navvies to temporarily 'escape' from the toil and privations of their daily lives.

In fact, the navvies at work on the London Extension almost certainly drank less than did their forefathers at work in the mid-nineteenth century. Although navvies still embarked on drinking sprees, or randies, that lasted several days at a time, the Navvy Mission Society, the Temperance movement and better living and working conditions had succeeded in reducing many of the men's appetite for alcohol. That said, the presence of so many mission rooms along the route does indicate that the navvies' love of drinking was still a cause for concern. 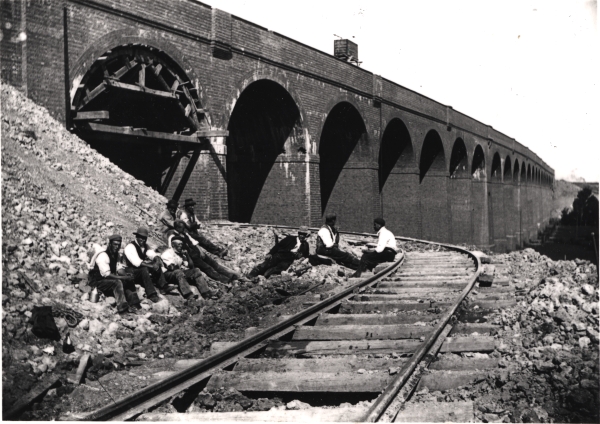 Photographed around 1897, a gang of navvies enjoy their lunch break beside the almost completed viaduct at Brackley. Ale was regularly consumed on such occasions, but as 'safe' drinking water was often hard to come by, low alcohol beer provided the navvy with one of the few viable alternatives with which to quench their thirsts. See Details

Even by the 1890s, alcohol was still at the heart of the navvies' reputation for disruptive behaviour. At halls like this one in Buckinghamshire, the Navvy Mission Society attempted to break this long-standing relationship, and steer the men away from the evils of excessive drinking. See Details