In 1890, Manning Wardle & Co. Ltd rolled 'L' class locomotive, No. 1210, out of their Boyne Engineering Works in readiness for delivery to the engineering contractor, Logan & Hemingway. It was given the number '30' in Logan & Hemingway's fleet and, in 1894, joined a number of its sister locomotives on the construction of the Annesley to East Leake section of the London Extension. No. 30 performed a variety of tasks and was extensively used in the excavation of the 'hole' that would form the site of Nottingham Victoria Station. 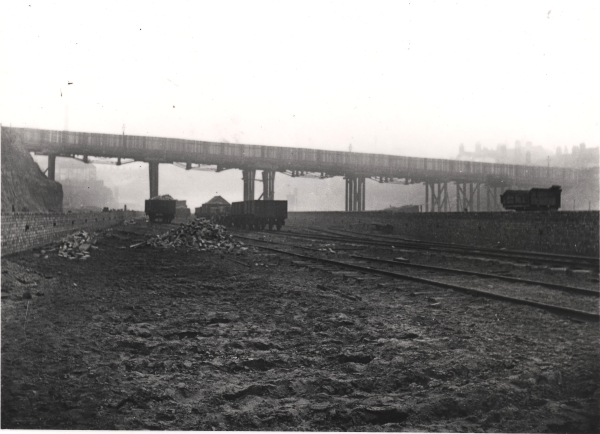 A temporary bridge spans the future site of Nottingham Victoria Station - the stamping ground of locomotive No. 30. The site was cleared by Logan & Hemingway, but the station was built by Henry Lovatt & Co. between 1896 and 1900; jointly funded by the Great Northern Railway. See Details

The new locomotive weighed approximately 19 tons and had a tractive effort of 8,600 lbs. - quite substantial for such a small engine. It was fitted with 3' 0" diameter wheels and 12" x 18" inside-cylinders. The saddletank's water capacity was 450 gallons and the locomotive had a working boiler pressure of 140 lbs. per square inch. Like the other 'L' class locomotives on Logan & Hemingway's books, No. 30 had no real protection for the driver and was fitted with wheel washing apparatus and dumb buffers. 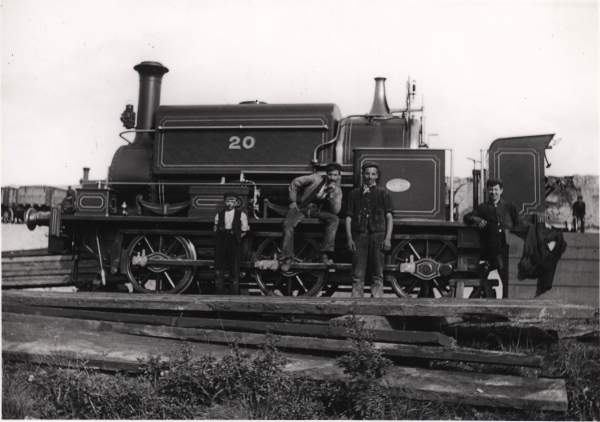 A sister 'L' class locomotive to No. 30 was Logan & Hemingway No. 20; built by Manning Wardle in 1890 and given the works number 1191. It is pictured at the site of Nottingham Victoria Station circa 1895 and is in the condition that No. 30 would have been in at the time. See Details

As was the norm after finishing a large contract, Logan & Hemingway sold off a number of locomotives after completing their part of the London Extension. This rationalisation saw No. 30 renumbered as '10' and, in 1905, it went to work on the Wath Concentration Sidings development - part of the Great Central Railway's famous 'Woodhead' (Manchester to Sheffield) route. Other work for the Great Central Railway followed, including the Doncaster Avoiding Line and two contracts in Lincolnshire between 1910 and 1915. 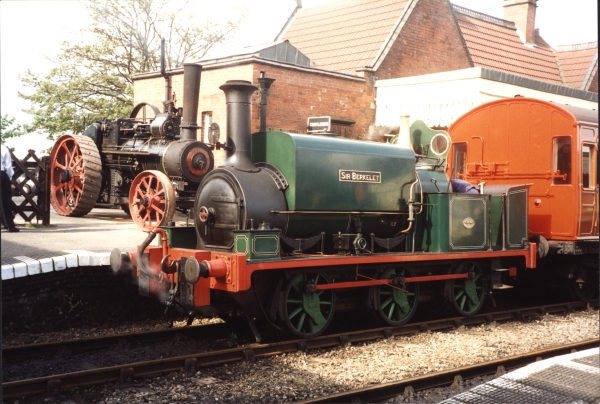 Apart from the SIR BERKELEY nameplate carried on the saddletank, this is how No. 30 would have looked when working for Logan & Hemingway. It is seen here at an uncertain location in the company of a agricultural traction engine built by William Foster of Lincoln. The coach behind the locomotive is a former Metropolitan Railway brake third, No. 427 of 1910. See Details