Reminiscences of the GCR by Jessie Long

I was born in 1912 near the GCR station in Loughborough. My parents often made the train journey into Leicester on Saturday afternoons catching the 1:36pm. I was taken as a baby to Robotham's Toy Shop, Midland Education, the market - to finish with a delicious tea at Winn's Caf'. My uncle worked with the horses but was kicked in the arm and became a porter, later being employed at Sheffield. On one time - I think I was three - my parents decided to risk not buying a ticket for me. Horror! The ticket inspector came round and threatened to prosecute them but relented with a stern warning. 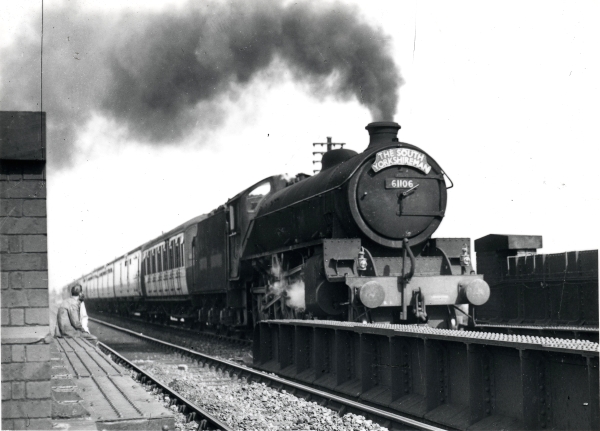 In 1938 I married and came to live in Quorn near the station - so convenient for getting to Leicester - fare 1/-. The Station Master was a Mr Webber who kept the station so clean, planted the flower beds and in cold weather kept a blazing fire in the waiting room. Many Leicester business people lived in Quorn and the line was very busy. I always used to hear the Master Cutler go through at 9:45 am. 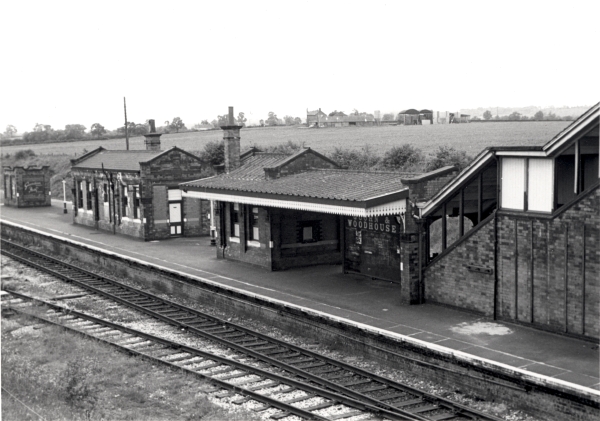 Looking down on Quorn & Woodhouse station, this is a view that could be seen at the majority of stations on the Last Main Line. The covered staircase on the right of the picture led down from the bridge, and brought people onto the single 'island' platform. See Details

With my Aunt and Uncle living in Sheffield I spent my holidays there. Mother would put me on the train at Loughborough - in care of the guard. I often sat on the pigeon baskets. He saw me safely met by my aunt. A variety of day trips were run - Saturday to London for 5/-. The Nottingham train even stopped at tiny Rushcliffe Halt so I was able to visit a friend there. 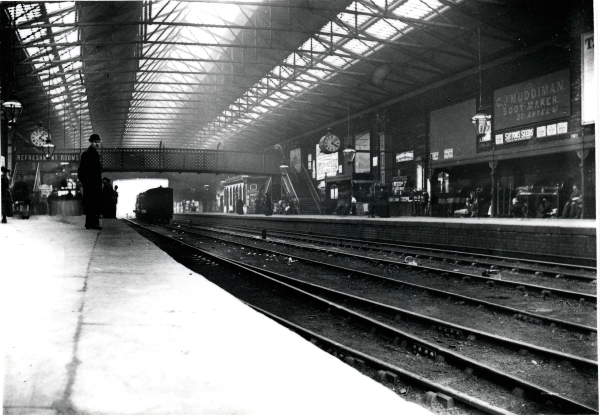 Interior view of Sheffield Victoria Railway Station. The photograph, taken c1894, looks along one of the platforms to include the whole of the station. See Details