Almost as popular as the Manning Wardle's were the similar locomotives built by the Hunslet Engine Company Ltd. Hunslet had already made its mark in the production of small industrial locomotives; developing narrow-gauge locomotive designs for use in the Penrhyn and Dinorwic slate quarries in North Wales. These numerous engines were visually similar to the Manning Wardle built LANCASHIRE WITCH seen here, and several survive in use today on preserved railways in Wales and Cornwall. 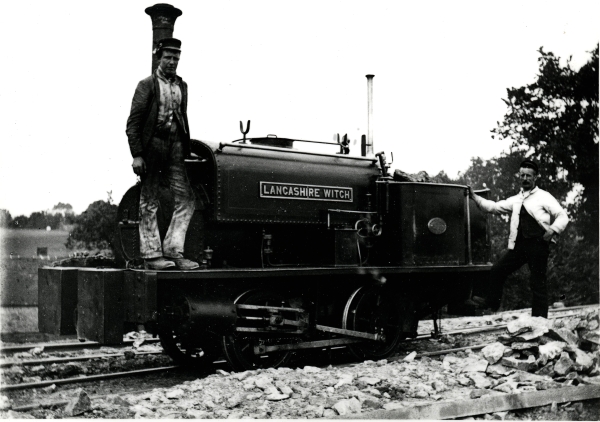 The only narrow gauge locomotive used on the Great Central contracts was LANCASHIRE WITCH - a Manning Wardle 'C' class 0-4-0 saddletank (No. 614) of 1876. The gauge was 3' 0' instead of the standard gauge of 4' 8'' and the locomotive was used exclusively in the Brackley area. See Details

The contractors' locomotives built by both companies differed very little from one another. The six-coupled (six wheels joined by connecting rods) locomotives were visually very similar and both types suffered the same beatings from the roughly laid contractors' railways. To ease this, compensating beams were fitted that connected the springs of the leading pair of wheels together. This arrangement helped spread the shock of travelling over a bad rail joint, and consequently put less pressure on the locomotives' frames. 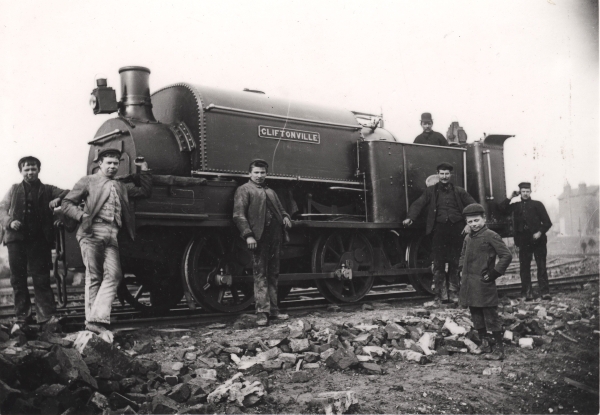 Hunslet built 0-6-0 saddletank, CLIFTONVILLE, No. 165 of 1876. The locomotive was in use by J. T. Firbank on the Canfield Place to Marylebone section and, like many of its companions, it had been cut down to fit in the restricted space of the tunnel pilot bores so common on this section. See Details

Most of the six-coupled locomotives had inside-cylinders, although a few (and all of the four-coupled engines) had outside-cylinders. Lubrication for the cylinders was supplied from displacement lubricators, but the connecting rods and internal motion relied upon the use of well-filled oil cups. Wooden 'dumb' buffers were fitted to the bulk of the locomotives as these were more suitable for moving the narrow bodied tipping wagons, and would not lock together like the more common sprung buffers. 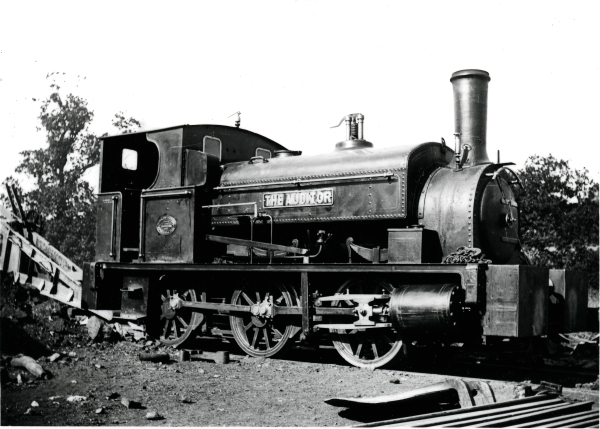 One of the few outside-cylinder fitted 0-6-0 saddletanks used on the 'London Extension' project. This one is THE AUDITOR, built by the Black Hawthorn Co. Ltd of Newcastle-upon-Tyne. Note the locomotive's large cylinders and prominent safety valve. See Details