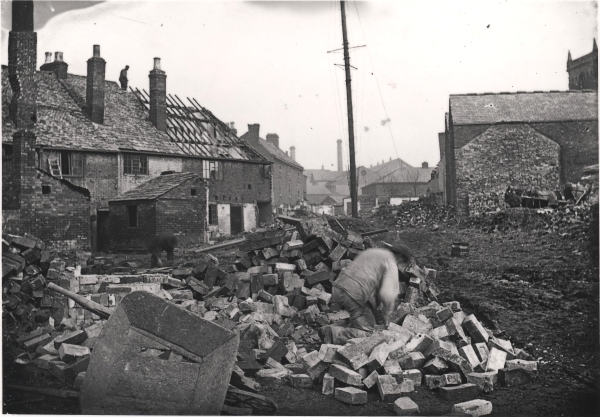 Demolition work on Leicester's Talbot Lane in readiness for the coming of the railway, circa 1895. The small size of the dwellings is quite apparent, as is their proximity to the factories beyond. See Details

At the end of the 19th Century, the Leicester parishes of All Saints, Blackfriars and St. Nicholas would not have been the most pleasant of places to live. A look at an Ordnance Survey map from 1884 shows the area to be predominantly made up of iron foundries, woollen mills, dye works, breweries and rows upon rows of tightly packed tenements and terraced houses. So dense was the population that the Nottingham Daily Guardian from the 10th March, 1899 described the area as having "a very large number of houses of the poorer class" and suggested that "the neighbourhood is not one of the best to be met with in Leicester". Living must have been very hard indeed.

With this in mind, it is hard to believe that this grim little corner of Leicester was once the heart of a major Roman stronghold on the famous Fosse Way. This city was founded by the Romans in AD 43 and given the name Ratae Coritanorum after a former Celtic tribe. So it was here, in 1832, that one of Britain's finest Roman tessellated pavements was uncovered by archaeologists working on the site of the old Jewry Wall. So significant was this discovery, that the town Corporation built a house over the pavement and appointed a caretaker who allowed people access to the cellar to see the mosaic. 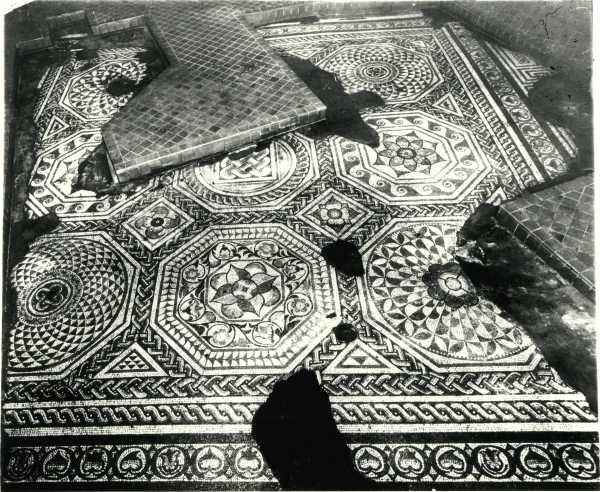 One would think, therefore, that the coming of the London Extension would have come as something of a double blow to the residents and historians alike. The reason being that the chosen site for the new railway's station was to be straight on top of this historic Roman site - in the centre of the thickly populated All Saints and Blackfriars parishes. Not only would it have come as a shock that they were to get a new railway station, but the tenement residents would also have been surprised to learn that their homes were to be acquired under a compulsory purchase order. The railway was coming whether they liked it or not. 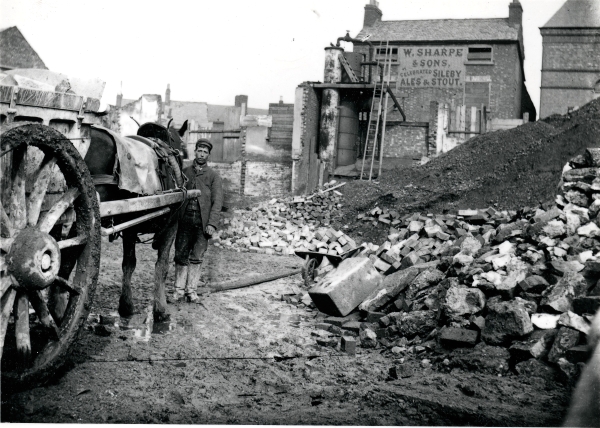 Compulsory purchase of property not only applied to houses but also to businesses as well. Here we can see the remains of a public house on Bath Lane, advertising 'W. Sharpe & Sons. Celebrated Sileby Ales & Stout' on the rear wall of the building. One wonders if the landlord moved to a new pub elsewhere? See Details