The Making of a Navvy

The term 'navvy' is now a rather derogatory expression, but from the time the word originated in the mid 1700s until the beginning of the twentieth century, it had a very precise meaning. The term came into existence because England's commercial canals were known as navigations. When the canals were being built, there was no established corps of what we now know to be civil engineers, and consequently those labourers tasked with building them became known as navigators, or navvies, as they themselves had a greater role in plotting a route for these waterways. When canal construction began to decline, this body of professional excavators found similar work was to be had building the railways. The word navvy followed with them, and the term came to describe any labourer who worked on the many large-scale civil engineering projects undertaken in Victorian Britain. 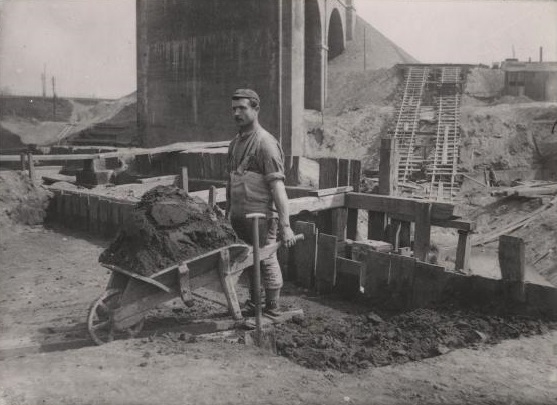 Photographed in May 1892, this navvy is at work on the Manchester Ship Canal. Just as many canal builders of the early nineteenth century later worked on the construction of Britain's railways, so this man may have gone on to help build the Great Central's London Extension. (Salford City Archive, Frank Mullineux Collection 952 5245)

All parts of the country produced navvies, and although many did travel either alone or with their employers to work on projects right across Britain, contractors also recruited men from the nearby towns and villages close to the construction site. Interestingly, it is often thought that the majority of navvies were Irish, but this is not the case. Large numbers of Irish men did travel to Britain and become navvies, as work was more plentiful and the jobs were invariably better paid, but these represent a minority of the hundreds of thousands of men required for the construction of the railways.

Working mostly with pick and shovel, navvying demanded strength and great physical stamina. A lot of navvies had previously worked as agricultural labourers, and doubtless they were accustomed to hard, tiring work. Even so, it was said that it took up to a year to turn a common labourer into a navvy capable of excavating twenty tons of earth in a day. However, with children of less than ten years old often working as navvies with their fathers and older brothers, and with men navvying well into their sixties and seventies, lighter duties were routinely available. 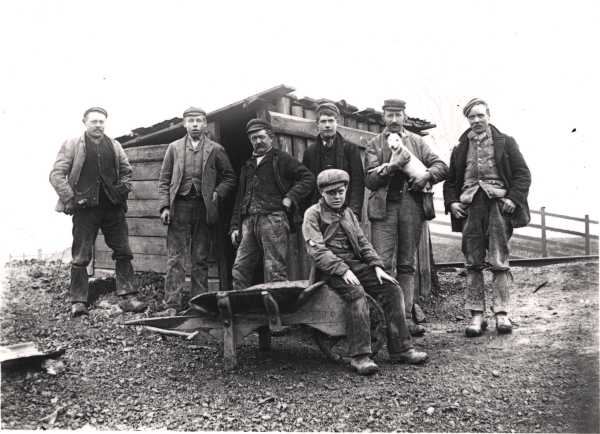 Navvies by a hut in Leicester See Details 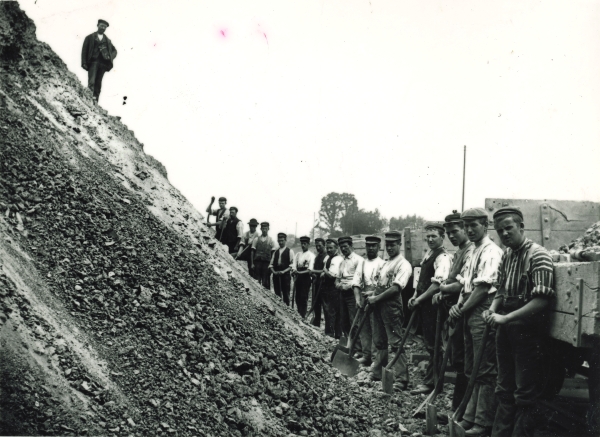 Navvies working on a tip slope near Swithland, Leicestershire. The photograph is a fine illustration of the large numbers of men required for the Railway's construction, despite the contractor's use of steam powered machinery wherever possible. Note the tipping wagons on the right of the picture: it was said that a good navvy could fill eight of these in a single day. See Details