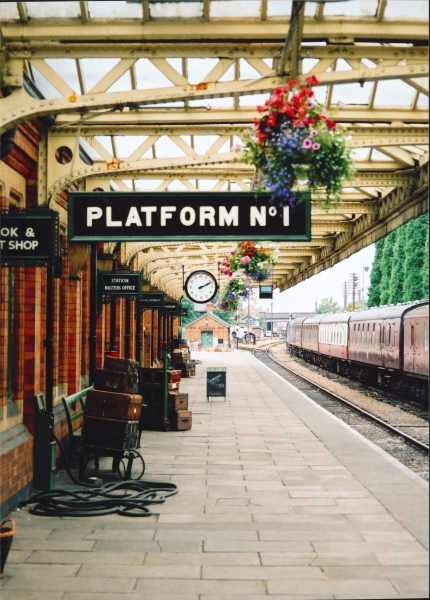 From small beginnings, the new Great Central Railway has grown into one of the leading preserved railways in the UK. Here we see Platform No. 1 at Loughborough Central on 19th July 2002. See Details

Brian Axon was born in Draycott Street in Liverpool. Brian recounts a couple of interesting memories of that area:
The Great Central and the Midland Railways jointly owned the Cheshire Lines Committee which ran into Liverpool Central Station. On leaving Central, the trains ran south towards the docks, eventually arriving at Harrington & Herculaneum Docks, at which point the line disappeared into a tunnel. This tunnel passed immediately underneath the house where I was born in Draycott Street. Every time a train passed through the tunnel, the crockery in the house used to rattle.

Also, during the World War Two, part of the tunnel was used for storing ammunition. What would have happened had it received a direct hit is something to conjecture with! 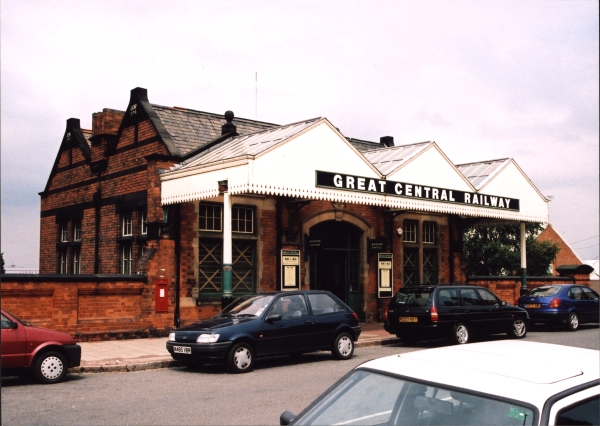 Loughborough Central station was of a similar size and style to those built at Rugby and Brackley, further south on the London Extension. Today Loughborough is the only complete survivor and is the headquarters for the Great Central Railway (1976) and the Main Line Steam Trust. See Details

Editors note: Brian has kindly supplied us with a historical article about Quorn & Woodhouse Station. The information in the article was given to Brian by Quorn historian, Mr Don Wix, with many of the details supplied by Mr Harold Hackney, a member of the station staff in the 1920's. It is with Mr Wix's kind permission that we publish the article in the Stories section of this web site.