The Layout of the Station 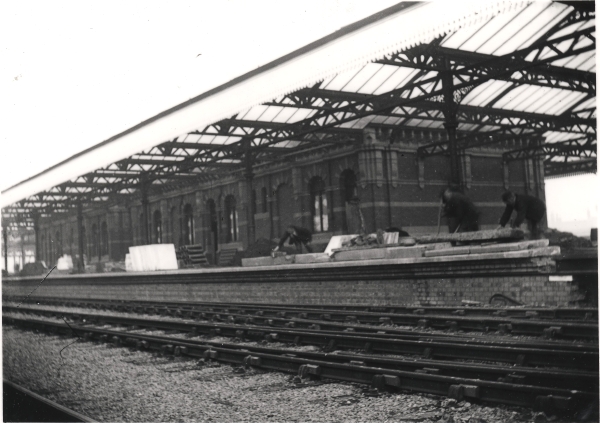 As mentioned previously in this account, the main platform at Leicester Central was of the island type. It was 1,300 ft long and 85 ft at its widest point, although it did taper in at the northern and southern ends. Cut into each end of the platform were two bays for local commuter trains. Each bay contained two tracks and measured approximately 430 ft in length. In the centre of the main island, between the bays, sat three station buildings housing waiting rooms, offices, a refreshment room and a restaurant. The latter facilities were served by a kitchen (and cellar) built beneath the platform. All of the buildings were protected by a large glazed canopy that stretched around 830 ft along the platform's length.

Approaching the station, the tracks fanned out on either side of the platforms, leaving two lines to enter the bays. Each bay was equipped with large hydraulic buffer stops that could supposedly stop a moving train. On each side of the island were the main platform lines, with the through lines running on the outside of those. Beyond these were the passing loops and carriage sidings. Locomotive servicing facilities were on the south-east side where a turntable and sidings were provided, and water columns for replenishing locomotives could also be found at either end of the station. Protecting all of this were three signal boxes - one at each end of the station approaches and another in the centre of the platforms. 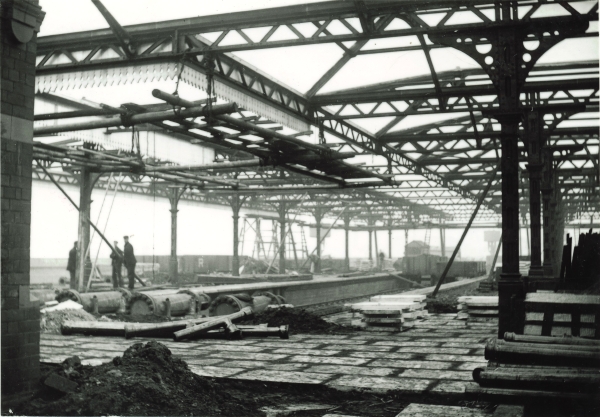 This view, taken circa 1897, shows the station canopy's supporting ironwork under construction around one of the bay platforms. As can be seen, the bays were cut into the main island platform and had huge hydraulic buffer stops installed at the ends - visible in the lower left of the picture. See Details

Being the halfway point between Manchester and London, locomotives were often changed over at Leicester. With this in mind, a large locomotive shed and goods facilities were built a little to the south of the station between the old and new River Soar waterways. The shed provided locomotives for the changeovers and for local passenger and freight services. It could hold twenty locomotives and employed a staff of around 70. Accommodation for travellers was provided at the Great Central Hotel on the corner of Soar Lane and Northgate Street. This modest building was not as grand as the Company's other hotels and always appeared rather small for a town the size of Leicester. On the hotel's pitched roof, the words GREAT CENTRAL HOTEL were painted and these served as a local landmark for many years. 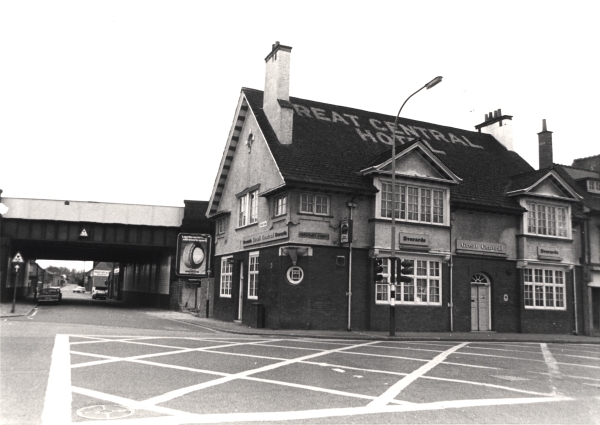 Leicester's Great Central Hotel was built by the railway company on the corner of Soar Lane and Northgate Street and had large painted letters on the roof advertising the 'GREAT CENTRAL HOTEL'. In this March 1977 view, the letters are still very prominent. The station itself was away to the left of the photograph. See Details