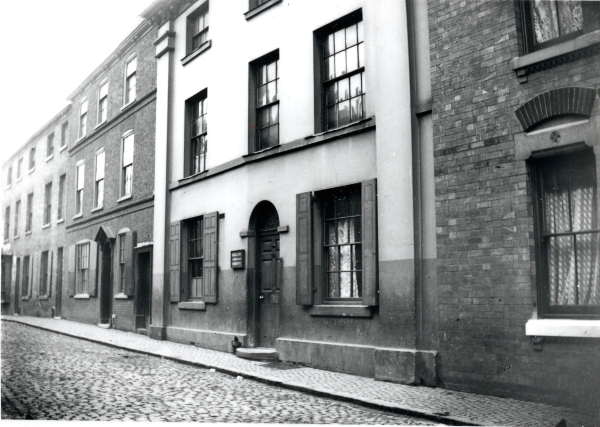 The site office for the construction of Contract No. 2 (East Leake to Aylestone) was this building on Talbot Lane in Leicester, close to the site of Leicester Central. It was here that George Chalcraft would have had his office and where he would have overseen the work of Henry Lovatt's navvies. See Details

The construction of the new railway was the responsibility of the hired contractors, and in the case of Leicester, this was Henry Lovatt of Wolverhampton. Getting the railway through Leicester would be a real challenge for Messrs Lovatt, so the line's superintendent, Edward Parry, allocated a representative to act on his behalf as he felt the work would need constant supervision. The representative was George Chalcraft, and he would have the responsibility of ensuring that the railway, its station and its engine sheds were built without a hitch. This was easier said than done, as before any tracks could be laid, a viaduct in excess of a mile in length had to be built to carry the railway across the town. It was on this viaduct that the new station would be built.

Yet before the navvies could move in, the residents had to be moved out. As part of the compulsory purchase agreement, the Manchester, Sheffield & Lincolnshire Railway (later to change its name to the Great Central Railway) had to build replacement houses for those people whose homes were due for demolition. These new houses, quoted as numbering 250, were built in the vicinity of Newfoundpool - just to the west of the centre of Leicester. Compared to the old tenements, the new properties offered a far higher standard of living, and it is likely that many of the rehoused residents were much happier in their new homes. The arrangement also suited the Leicester Corporation as it took the problem of what to do with the slums out of their hands. Three cheers for the railway! 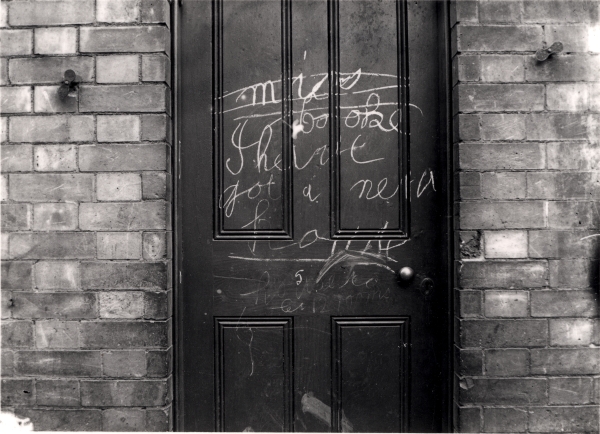 Graffiti on the door of a house in Charlotte Street, Leicester See Details

A mile and a half long viaduct takes up a lot of space and many houses had to be demolished to make way for the mammoth structure. The space required for the station site alone was considerable - so much so that complete streets were lost as the navvies cut a swathe across the area. Sycamore Lane, Charlotte Street and Friars Road would be lost forever; replaced by the new Great Central Street. Half of Friars Causeway would be buried beneath the station, and Alexander Street and Ruding Street would be truncated to connect with the newly diverted and extended Jarvis Street. Other changes included the severing of Talbot Lane and Jewry Wall Street (home of the famous mosaic), and the creation of a new thoroughfare with the extension of Welles Street. 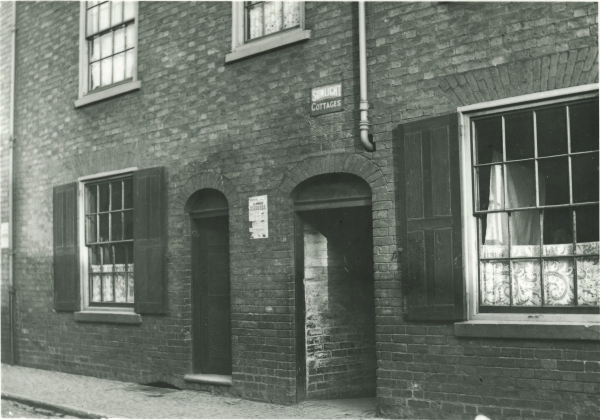 The Sunlight Cottages on Friars Causeway, Leicester, as seen in 1895. These houses were situated in the part of Friars Causeway that would eventually be buried beneath the new station. The name-stone above the central archway indicates that the properties were somehow connected to the Sunlight Soap company. See Details