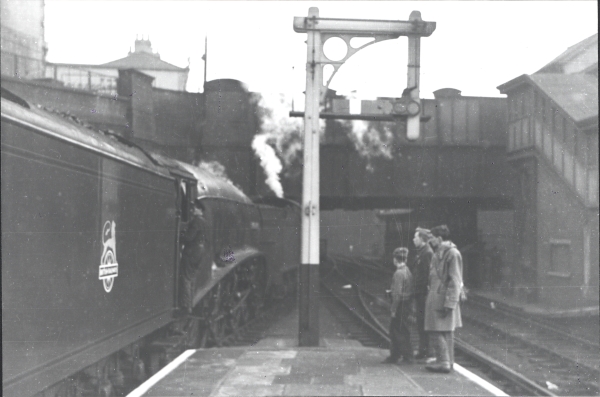 Trainspotting at Nottingham Victoria Station. Here we see the A4 4-6-2, No. 60029, WOODCOCK, having failed and being removed by the station pilot. See Details

It is becoming apparent that my boyhood trainspotting memories are taking precedence over my less technical, more social recollections of the line and so I shall attempt to redress the balance a little. My earliest memories of the line relate to what are probably best described as comfort sounds, all those little day to day sounds and movements that create security in babies and toddlers. 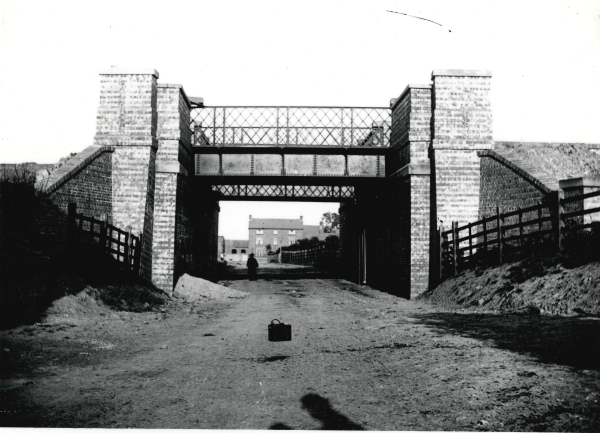 Bridge No. 399, built to carry the railway over what would be Station Street in Whetstone, Leicestershire. The station would eventually be built to the right of the bridge, with access being gained through a doorway and staircase in the right (southern) abutment. See Details

Passing through Whetstone, the line rose steadily from Leicester to Lutterworth with the steepest section probably being that from just north of Whetstone Station to Ashby Magna. Most of this run was on a high embankment, the highest section of which was a mile or so just south of Whetstone. Noises generated by the railway were carried some considerable distances due to this high elevation and as a consequence were very audible both outside and inside our house on Grove Rd. So much so that the clanking and coughing exhaust sound of the G.C's Robinson and R.O.D. 2-8-0 freight engines hauling their southbound coal trains up this incline became an essential element of my going to bed routine. The northbound trains never had such impact as they were running empty returns and downgrade. So used to and familiar with these sounds I became, that when they were withdrawn in the sixties I, too, suffered "withdrawal" symptoms!
Something was definitely missing!

A number of us in the surrounding villages passed the eleven-plus examination and duly attended Lutterworth Grammar School. This was a period when we and our parents perhaps first appreciated the availability of the G.C. School buses were provided for the normal school day but there was very little public transport in and out of Lutterworth in the evenings. As a consequence those of us that took part in after-school activities had to rely on the railway to get us home, Ashby Magna for Ashby and Dunton Bassett areas, Whetstone for Blaby, Whetstone, Cosby areas and Leicester itself.
Many of us at that certain age enjoyed our first romance, and our first kiss in Ashby Magna tunnel, on these trains - Happy days! 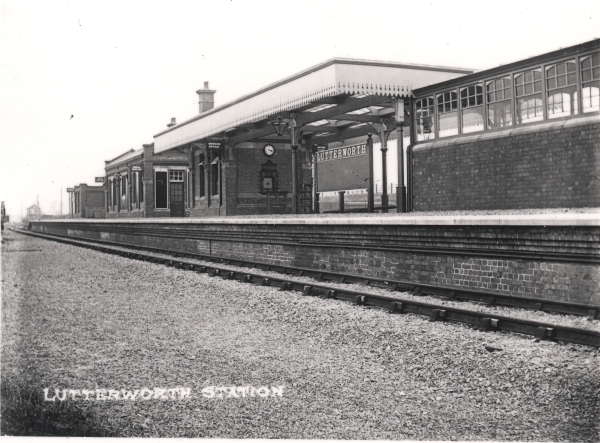