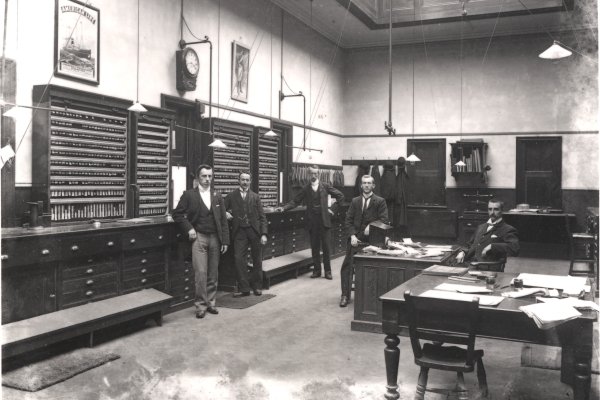 In 2001 the New Opportunities Fund (NOF) requested applications for funds to create a series of online multi-medium educational resources, focusing on life-long learning. Three organisations submitted bids for a grant to digitise, and make available on the internet, collections of images and objects relating to great transport undertakings. NOF suggested a consortium be formed, maximising resources and producing a cohesive group of websites. The result was a gateway, 'Three Centuries of Transport' (Transport Archive), leading to the following three websites which were created by each partner:

The digitisation work and original website design were undertaken by De Montfort University, Leicester and the project was based at the Record Office for Leicestershire, Leicester and Rutland.

The websites maintained their popularity over the next 15 years but it became clear that the technology, especially the software, had become outdated. The partners agreed to make separate arrangements for future access to their resources and the original sites were closed down.

In 2019 the 'Railway Archive' was redeveloped and relaunched by the Record Office for Leicestershire, Leicester and Rutland, which holds many of the original images available on this site, including the Newton Collection.

The digitised material has been sourced from various locations and collections and we would like to give acknowledgement and thanks to the following contributors, whose kind assistance helped to make this project possible:

and many other individuals who are too numerous to name.