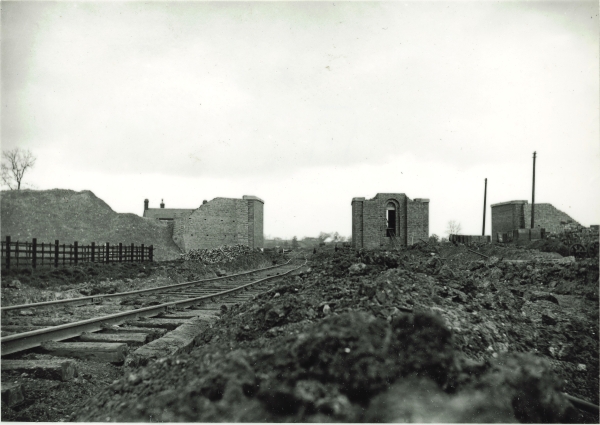 The scene shows the construction of Ashby Magna Station, with work concentrating on the road bridge. See Details

Day trips on Saturdays and Sundays were very popular, with excursions to the East Coast resorts, from Hunstanton to Scarborough, and trips to London for ten shillings and sixpence!
There was one memorable occasion when the line at Whetstone was used to demonstrate and film the public unveiling of a new radical development in railway engineering - that of a Gas-Turbine powered locomotive. The loco was built at English Electric Loco Works in Lancashire using a gas-turbine power unit designed and built at the English Electric works at Whetstone. Another similar unit was obtained by Brush Traction at Loughborough, they were called G.T.1 and G.T.2, I do not remember which was which!

The line was certainly efficient in those days (late fifties, early sixties). I remember ordering a replacement motorcycle cylinder head for my ex-army B.S.A. B31 350cc (1948 vintage) from a company called Pride and Clarke Ltd of Stockwell Head in South London. Having made contact and pre-payment by postal order and letter, I received a telegram (this frightened the life out of my mother - telegrams only brought bad news in those days) advising me that my cylinder head had been despatched via the railway on Thursday evening. On Saturday morning the small Scammell 3-wheeler articulated trailer unit attached to Whetstone Station Goods Yard arrived at my house with the driver/porter complaining about a heavy box being delivered to me.
Not bad really - 40 years later and we still haven't improved on that! 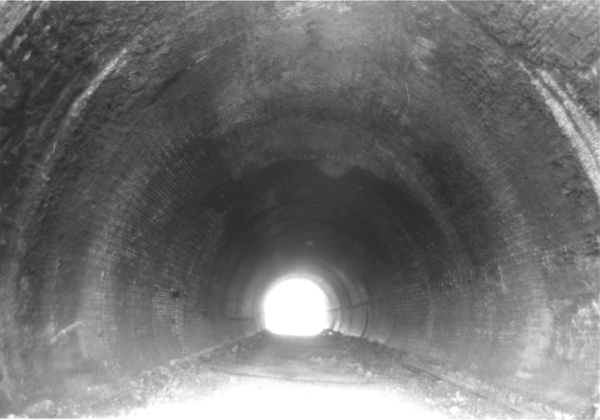 Photograph taken inside the 276 feet long Dunton Bassett Tunnel in May 1977. The tunnel appears to be in very good condition with only a thick crust of soot adorning the tunnel walls. See Details