The Road to Woodhead

The Manchester, Sheffield & Lincolnshire Railway's (MSLR) system literally served the places that its name suggested and a little more besides. Before the construction of the London Extension, the company's premier route was the one that linked Manchester with Sheffield via a breathtaking route across the Pennines. Sheffield-bound trains leaving London Road Station in Manchester (now Manchester Piccadilly) would pass through Ardwick and Ashbury's before arriving at Gorton, home to the MSLR's main locomotive works and also that of Beyer Peacock & Co. - the latter being famous for their Garratt type articulated locomotives. 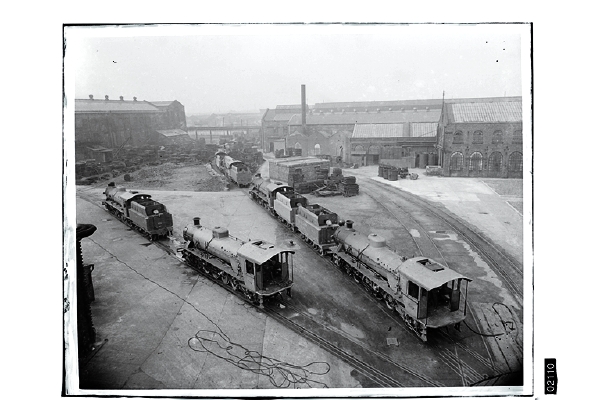 The firm of Beyer Peacock & Co. had its famous works in Gorton, Manchester - close to the Great Central's own locomotive works. Beyer Peacock built locomotives to order, mainly for the export market, but also for service in Britain. Here we can see part of the works with a number of newly built locomotives destined for shipment oversees. See Details

The locomotives would be climbing hard now, and this would last for several miles, taking the trains onto the windswept moors of Howden and Saddleworth. Further on from Gorton were Fairfield and Guide Bridge, which were followed by a short but severe climb of 1:77, followed immediately by a longer stretch of 1:97. Newton and Mottram were passed shortly afterwards, and then the trains would cross the impressive stone arched viaduct at Dinting Vale. This viaduct marked the only level section of track between Manchester and the line's summit at Dunford Bridge. 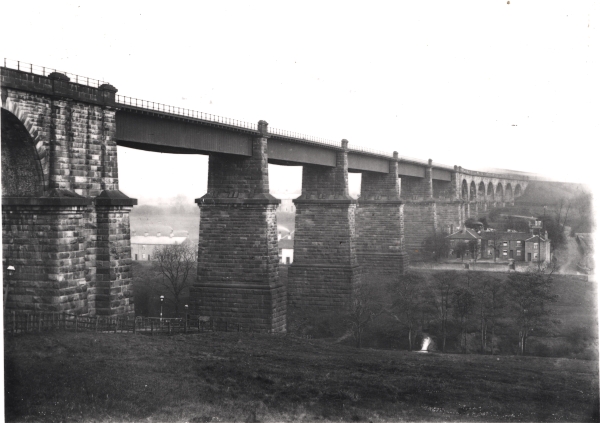 Dinting Vale viaduct - as seen on 18th May, 1903. The appearance of this majestic stone and iron structure would later be marred by the construction of supporting pillars under each of the main girder spans. See Details

This line between Manchester and Sheffield was known as the 'Woodhead Route', having taken its name from the small hamlet of Woodhead through which the railway passed. It was home to the notorious, three mile long, Woodhead Tunnel and its castellated station. The tunnel was of a twin bore design and its construction had proved very difficult. During the excavation of the first bore by the Sheffield, Ashton-under-Lyne & Manchester Railway (precursor to the MSLR), thirty-two navvies were killed and a further two hundred and fifty were seriously injured. It was said that a soldier at the Battle of Waterloo had a better chance of survival than a navvy working on the Woodhead Tunnel construction. 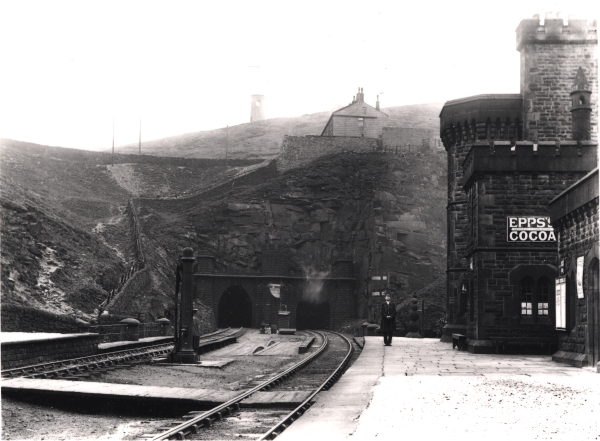 This rather atmospheric and picturesque location is the Great Central Railway's station at Woodhead in Cheshire. A proud railwayman stands impassively on the platform, as the west portals of the Woodhead Tunnel disappear into the Pennine rock beyond. See Details