The life of a Contractor's Locomotive

All of the contractors employed on the railway's construction had their own yards set up at various locations along the route. These yards were where materials were stored or manufactured, with numerous huts being built for the use of blacksmiths or to be used as clay mills. In certain circumstances, the navvies had their homes built in the vicinity of the contractor's yard, but the yards themselves were the home of the locomotives. 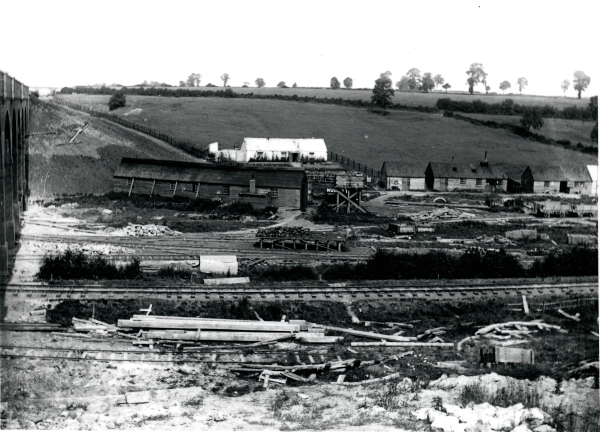 Walter Scott & Co.'s Helmdon yard, in the shadow of the new viaduct circa 1897. A network of railway tracks spread across the site and a coaling stage is visible in the centre of the picture. Next to the long shed is the water tower for the locomotives. See Details

All of the facilities for maintaining a fleet of locomotives were available at each of the main yards. The bigger yards had wooden shack-like engine sheds, but nearly all had coal storage and a temporary water supply - often supplied from a purpose built tank. Each locomotive had a regular driver and fireman, who were usually accompanied by one or two navvies to assist with coupling wagons or sanding the rails. Most of S. W. A. Newton's contractors' engine photographs show the entire crew with the locomotive. 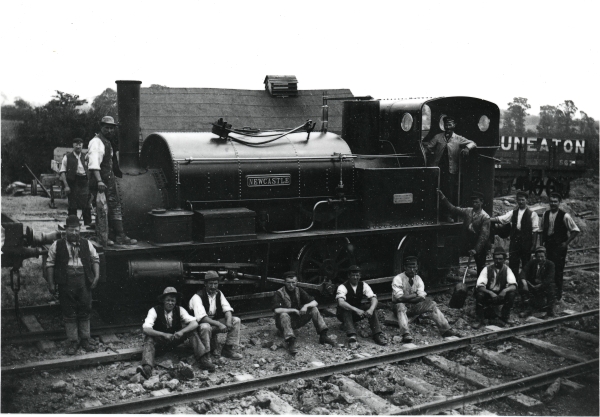 Another of Walter Scott & Co.'s yards, this one at Culworth, Northamptonshire - complete with locomotive and locomotive shed. The engine is NEWCASTLE, a Hudswell Clarke & Co. 0-6-0 saddletank of 1882 with outside cylinders. See Details

The names bestowed on the locomotives varied depending upon the contractor. Logan & Hemingway, for example, preferred numbers to names; while Henry Lovatt named each locomotive after himself, e.g. H. LOVATT No. 4. Some of the locomotives arrived second hand and carried the names given by their previous owners. However, renaming was not uncommon and many engines had several identities throughout their working lives. 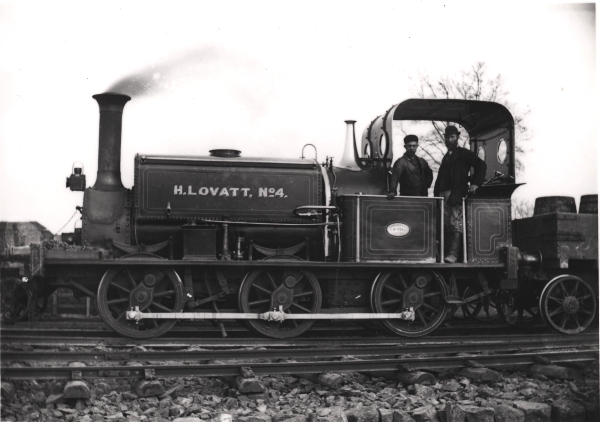