The Last Years of the Great Central!

The completion of the Woodhead Route (Manchester to Sheffield) electrification in 1954 saw steam services gradually give way to the new electric locomotives. Here we see one of the EM1 type Bo-Bo electrics hauling a mineral train on the approaches to Woodhead Tunnel. Services such as these would have previously been handled by the successful O4 class locomotives before handing them over to the EM1's. Two types of electric locomotive were built for the Woodhead Route. The eight-wheeled (Bo-Bo) EM1 type and the larger twelve-wheeled (Co-Co) versions known as EM2's. The terms Bo-Bo and Co-Co relate to the number of driven axles on each power bogie. These locomotives remained in control of the majority of Woodhead services until the line's closure in 1980. 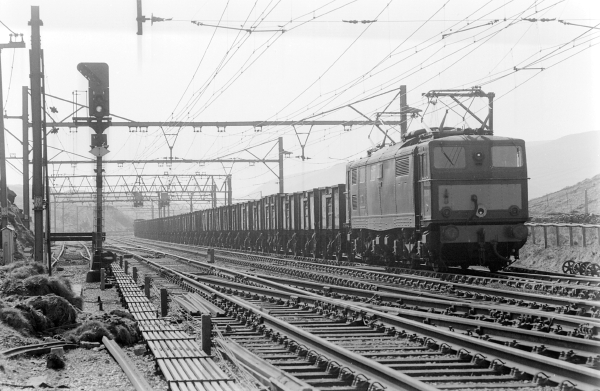 In the late 1950s, the English Electric Company began looking at the possibilities of using a gas turbine engine to power a railway locomotive. To test the theory, a prototype locomotive was built using a 4-6-0 chassis with tender - making the finished item look like a futuristic steam engine. It was christened GT3 (which stood for Gas Turbine 3 - there having been two previous gas turbine locomotives built for the Great Western Railway). The locomotive was tested at Rugby Testing Station and later ran trials on the London Extension. Here we see GT3 as it storms past Moor Park on the Metropolitan/Great Central line with an train of empty coaching stock for Marylebone. Sadly, GT3 came too late and British Railways had committed themselves to using diesel and electric motive power. GT3 was broken up in 1963. 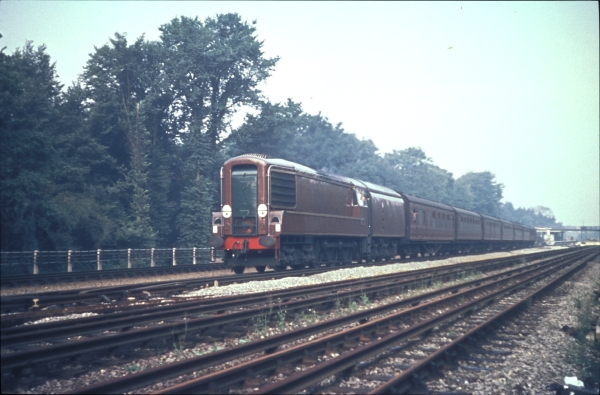 The final years of the London Extension from 1966 to 1969 were left in the hands of Diesel Multiple Units, or DMU's as they are more commonly referred. These motorised rail cars usually ran in pairs or in three-car formations, and quite easily handled the services between Nottingham Arkwright Street and Rugby Central. Built by manufacturers such as Cravens of Sheffield, Metro-Cammell, and British Rail of Derby, these units could be found all over the country, and several are still in use today. This photograph was taken on the day that the last DMU passed through Loughborough Central Station in March 1969, prior to the final closure of the line. The unit is a British Railways Class 105, built by Cravens in 1956. 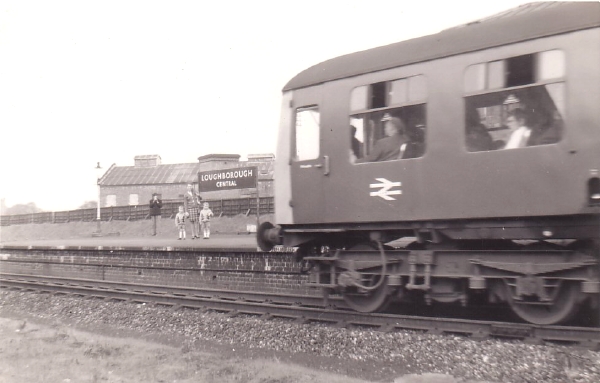