The Parcels Office at Leicester Central was a very busy place and employed several Parcels Clerks. The range of items carried by the railway ranged from gifts and presents to pigeons and rabbits. Whatever the item, a route had to be plotted to get it to its final destination - requiring working with the other railway companies at times. Labels needed producing, costs needed calculating, and space on a train needed reserving. In the days before computers, arranging the carriage of parcels would have been very labour intensive and would have created a mountain of paperwork. Heading up the team of Parcels Clerks was Mr Lucas, seen here below in the Parcels Office. 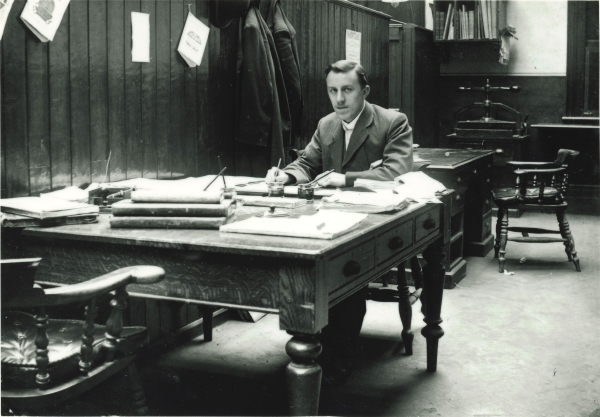 When S. W. A. Newton took the photograph below inside the Leicester Central Parcels Office, there was no such thing as a workstation or personal computer. The clerks worked at big oak desks that were invariably covered in paperwork. The desk featured here has two large wicker baskets on either end, which would have been used as In/Out trays. Behind the desk, against the wall, is a 'pigeon hole' rack, which would have provided a simple method of filing parcel paperwork. It is likely that each pigeon hole would have represented a location or an alphabetical letter. 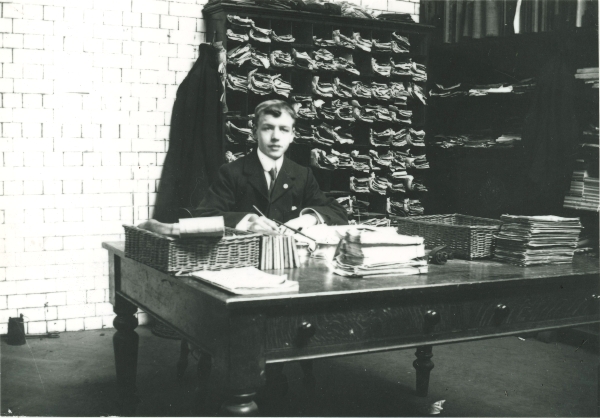 This young man is Mr Kinch, one of the Parcels Clerks at Leicester Central. Note the full pigeon hole rack and the piles of papers on the desk - something that would be done on one computer in today's hi-tech world. See Details

The Booking Office at Leicester Central was the heart of the station complex. The Office had a partially glazed roof, which offered a great deal of illumination, but gaslights we also installed to provide lighting for darker days and night time working. On the walls by the booking windows were racks of the Edmondson type cardboard tickets, each offering destinations all over the Great Central Railway network. These were then subdivided into classes (1st and 3rd), and then by single or return journeys. Add to this the need for adult and child journeys, season tickets and privilege passes, and one gets an idea of how complex the Booking Clerks' jobs were. 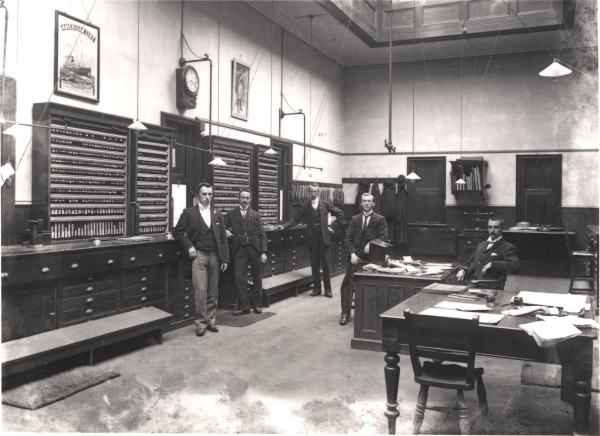 This is the booking office at Leicester Central, as seen around 1900. The ticket racks on the walls are either side of the ticket windows and contain the Edmondson type card tickets. Note the abundant level of natural light coming through the glazed roof. See Details