The first standard gauge locomotives built for the Metropolitan Railway were the now famous Beyer Peacock 4-4-0, 'A' class tank locomotives. The initial order was for eighteen locomotives, but further locomotives were added at later dates. The example seen here is No. 27, built by Beyer Peacock in 1867 (works no. 773). This was one of the forty four A class engines that formed the backbone of Metropolitan motive power (forty nine were built, but five of the ten built in 1867 were sold to the Midland Railway). After a remarkable 84 years service, they were eventually withdrawn in 1948. 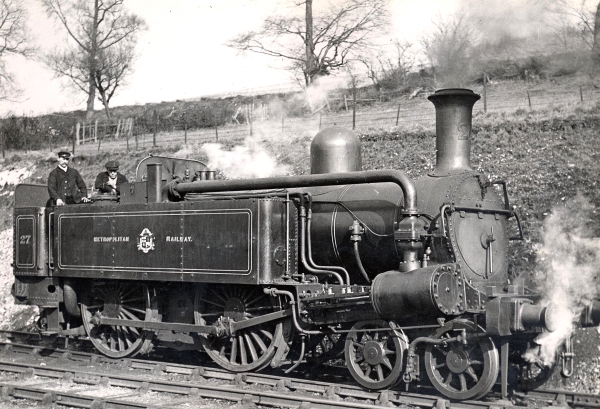 With the opening of the Metropolitan extensions to Willesden Green and Harrow in 1879 and 1880, a further batch of the 4-4-0's were ordered. These new locomotives differed slightly from the A class, having larger coal bunkers along with other minor changes. They were designated the 'B' class, and this example is 'No. 58', photographed on 10th March 1897 at West Hampstead station. No. 58 was built by Beyer Peacock & Co. and originally worked on the South Eastern Railway before being sold to the Metropolitan in 1883. Note the destination board on the rear of the bunker and the locomotive's condensing apparatus - fitted to help reduce steam emissions when working in the underground tunnels. 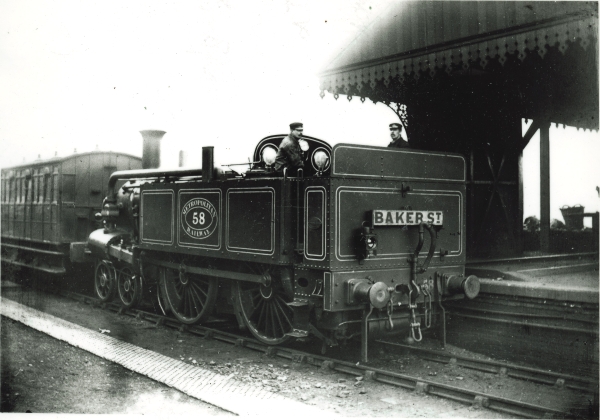 The A and B class 4-4-0's were a hard act to follow for the Metropolitan Railway, and the next two locomotive types built for the railway were not a success. The 'C' class 0-4-4 tank engines were too light footed for the line and were all withdrawn by 1919. These were followed by the 'D' class 2-4-0 tanks which were all built by Sharp, Stewart & Co. of Glasgow in 1895. The locomotive pictured right is D class, No. 75 (works no. 4077), photographed outside Aylesbury shed at an unknown date. Six of the D class engines were produced but suffered from problems including back draught, resulting in the cabs being enveloped in flames. Two of the class went to work on the Brill Branch, but all had been withdrawn from service in 1922. 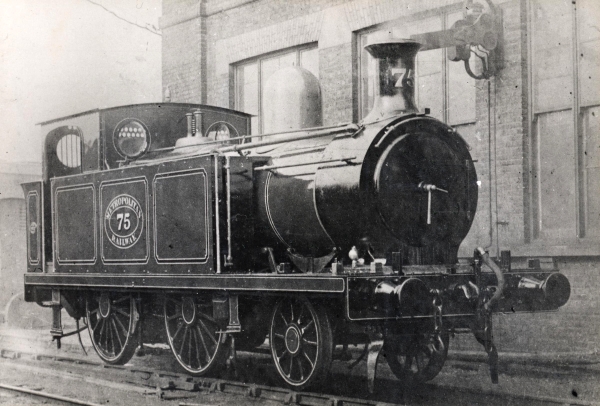