One of the more unusual jobs found at Leicester Central was the job of the carriage and wagon inspector, or wheel-tapper as they were affectionately known. When a train paused for any period at the station, the wheel-tapper would walk the length of the train at ground level, checking the wheels for signs of stress or fracture. He would do this by striking each wheel with a special hammer, and a good wheel-tapper could identify a defect by the sound the strike made. Should a problem be found, then the wheel-tapper would report it and the train would be delayed and the defective vehicle removed. As he made his way along each train, the wheel-tapper would also put a hand on the wheel axleboxes to check whether they were running hot. A hot axlebox could also cause trouble and it was the wheel-tapper's job to report any such occurrences. 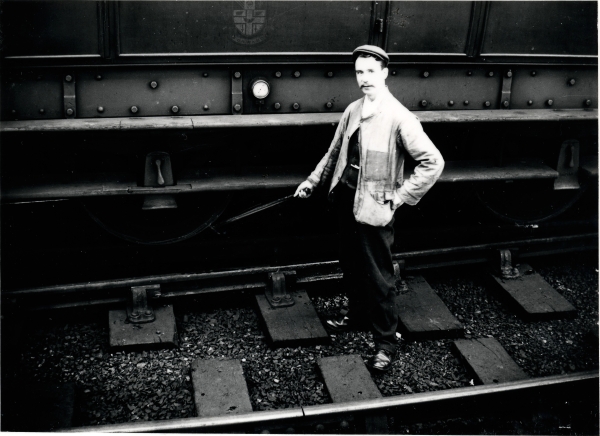 A familiar sight at railway stations across the country was the humble porter, who could always be seen carrying bags or wheeling barrows between trains and the station buildings. Leicester Central was no exception and several men were employed to carry out the role. The duties of the porters included carrying and loading luggage and parcels, assisting passengers with prams and wheelchairs, moving the station's linen, watering the floral tubs and baskets and putting up new timetables and posters. No day was the same as the next for a porter, and many of them became well known to the station's regular users. One of the porters was Frank Freeman, seen here in the photograph below. 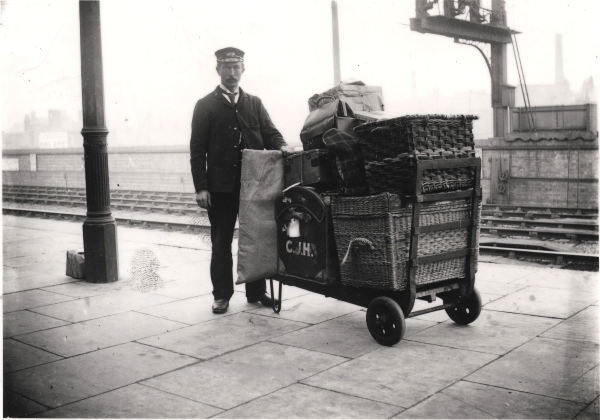 An unfortunate thing about Newton's photographs of the Leicester Central station staff is that many of them are posed and do not show the staff carrying out the jobs they were employed to do. The photograph below is a little different, however, as it does show a team of station staff at work. The image was taken at Leicester Central's horse dock where animals and other livestock were loaded into specially built wagons. The gentleman on the left is believed to be (according to S. W. A. Newton's notes) H. G. Banyard, whose son, Percy Banyard, later went on to become Leicester's locomotive inspector. Of the two men inside the horsebox, the one on the right is possibly Richard Bowett. The identity of the other two men is unfortunately unknown. 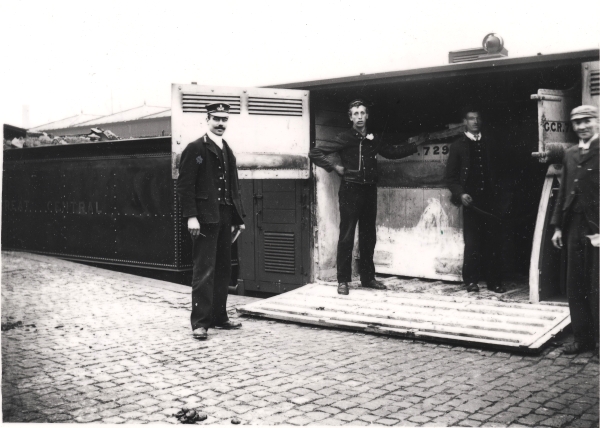