All Change at Rickmansworth! 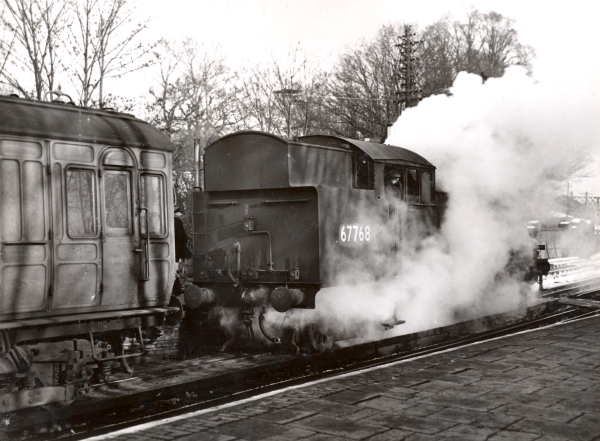 British Railways 2-6-4 locomotive No. 67768 during the changeover at Rickmansworth. See Details

In 1925, electrification of the Metropolitan Railway reached Rickmansworth, and much use was made of the new electric locomotives. However, the Metropolitan's operation still extended to Aylesbury and Quainton Road, and steam power was still required to take trains from Rickmansworth northwards. This practice continued well into the 1950s, and the photograph above shows one of the change overs from steam to electric taking place in January 1951. Here, having brought a train in to Rickmansworth from Aylesbury, British Railways (ex-LNER) L1 2-6-4, No. 67768, pulls away from the train to allow an electric locomotive to take over the remainder of the southbound journey. In 1960, this practice was rendered unnecessary, as the line from Rickmansworth to Amersham and Chesham was electrified. 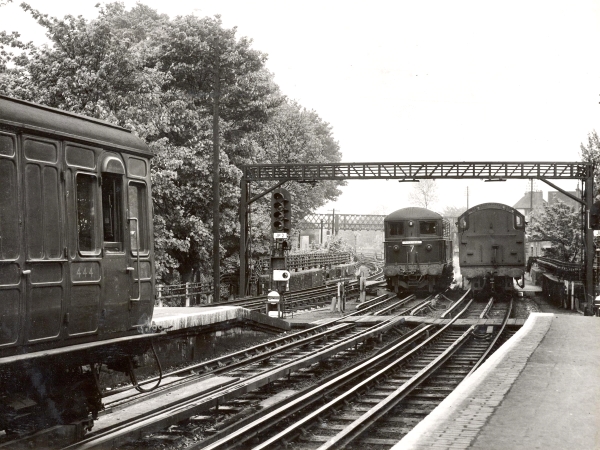 With No. 67768 having removed itself from the train, Metropolitan Railway electric locomotive No. 7 , EDMUND BURKE, of 1921, can now back on. No. 67768 can be seen waiting on the right and is about to shunt back through towards the sidings to await a northbound train. The train itself is made up of Metropolitan compartment stock - the leading carriage being No. 444. 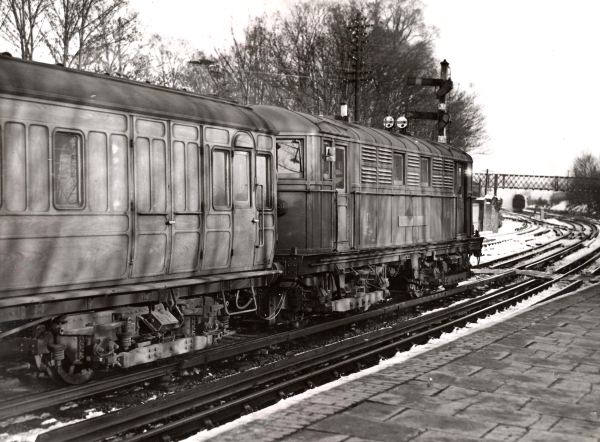 Same day - different train, but the same scenario as above has just taken place. With the steam locomotive away, the electric motive power could reverse onto the train in preparation for the run to Baker Street. On this occasion, the locomotive is 1921 built No. 11, GEORGE ROMNEY. These 1200 hp Bo-Bo locomotives were only replaced in the 1960's when multiple units became available. Of the twenty built by Metropolitan Vickers, No. 5, JOHN HAMPDEN, and No. 12, SARAH SIDDONS, still survive in preservation.