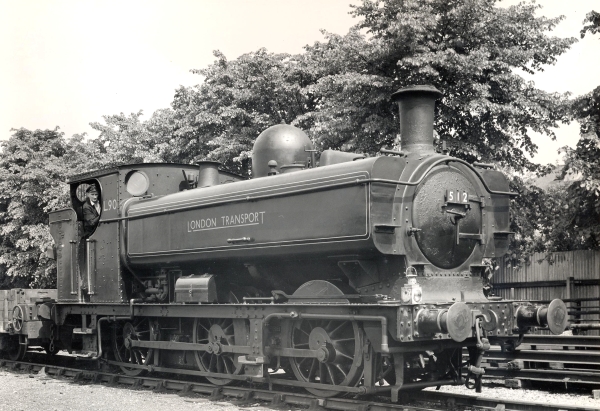 Strictly speaking, this locomotive is neither a Metropolitan Railway or Great Central Railway machine, but is still worthy of mention in this section. It is London Transport's 0-6-0 pannier tank locomotive, L 90, seen here at Neasden Depot in May 1970. Built in 1930, this engine was purchased from the Great Western Railway (formerly No. 7760) in 1961; one of thirteen ex-GWR pannier tank locos obtained by London Transport between 1956-1963. By the time this picture was taken however, L 90 was one of only three remaining in service. They were withdrawn in 1971, and were the last steam locomotives operating on a British standard gauge main line. A fitting testimony to the Metropolitan Railway.