The majority of the contractors' locomotives used on the construction of the Great Central Railway's two routes were built by Manning Wardle & Company Ltd in their Boyne Engine Works, Leeds. These were mainly of the 0-6-0 saddletank variety (the I, K, L and M classes) and had a very distinctive appearance. The saddletank (the water-carrying tank mounted above the boiler) was usually rectangular in shape with a curved top, while the locomotives' footplates were often open to the elements with no protection for the driver. This was not always the case and several of the newer locomotives were fitted with cabs. 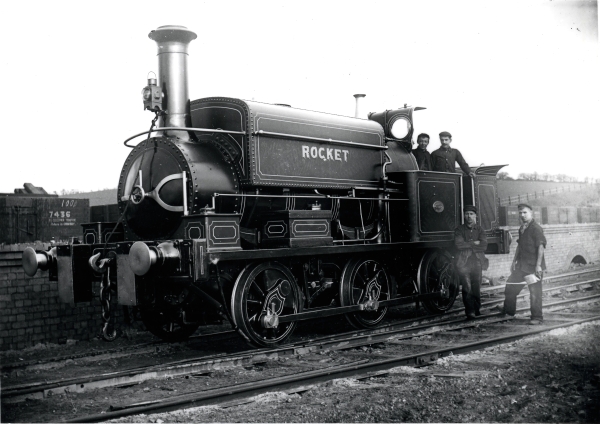 One of Manning Wardle's 'M' class 0-6-0 saddletanks - ROCKET, No. 871 of 1884. The immaculate locomotive is seen next to the platform at New Basford Station on Nottinghamshire, the latter having just been completed by Logan & Hemingway. See Details

Coal was carried in bunkers on either side of the foot plate although some of the locomotives were fitted with the more familiar rear bunkers. Wheel washing apparatus was installed on most of the six-coupled engines, with the water coming straight from the main saddletank. The nature of the locomotives' work meant that their wheels were regularly covered in mud and dirt; and the wheel washing equipment (seen clearly on PENARTH) was vital for making sure the locomotives could retain good adhesion on the roughly laid tracks. 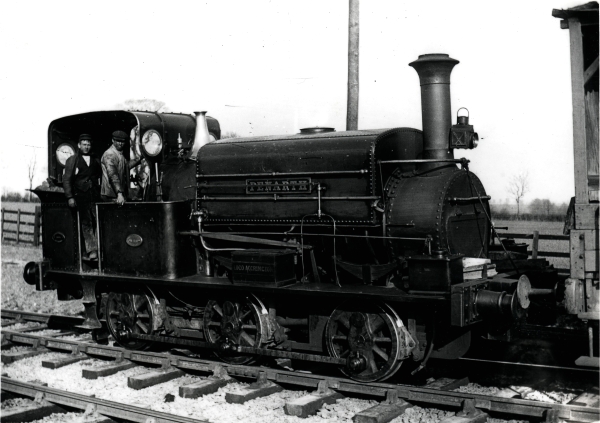 Another Manning Wardle 'M' class, this one being PENARTH, No. 840 built in 1882. The photograph was taken near Ashby Magna on Topham, Jones & Railton's Aylestone to Rugby contract. Note the wheel washing equipment fed from the main water tank. See Details

Most of the locomotives were fitted with sandboxes for when the rails were particularly slippery and these allowed sand to be spread on the rails directly in front of the driving wheels. Four sandboxes were the norm, although a number of the engines were fitted with only two. Being able to stop was also essential when hauling trains of loose coupled, unbraked tipping wagons. Adjustable wooden brake blocks were fitted to most of the early locomotives, although cast iron blocks, which eventually became standard, often replaced these. 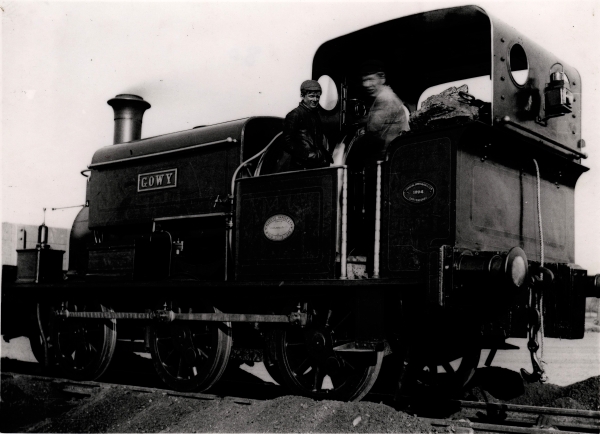 GOWY - a Manning Wardle 'K' class, No. 1119 of 1889, pictured near Ashby Magna. The locomotive had been built for T. A. Walker of Ellesmere Port and had previously worked on the Manchester Ship Canal construction. The sanding pipes can be clearly seen by the front and rear wheels. See Details