In 1902, the Metropolitan Railway placed an order with the company of Brown, Marshalls for a batch of vehicles that would make up the Met's first electric trains. These, and the subsequent trailers that came six months later, were known as 'First Generation' stock. By 1904, a second batch of electric trains had been ordered and these became the 'Second Generation' stock. Built by the Metropolitan Amalgamated Railway Carriage & Wagon Co., these new trains differed from the first generation as the motor cars were fitted with British Thompson Houston (BTH) electric motors, while the first batch had British Westinghouse equipment. Large, single pane windows were also a feature of this second generation stock, and these can clearly be seen in this image from 1905. 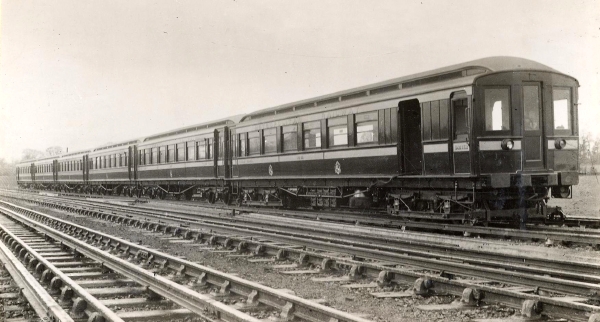 To work the Metropolitan's ordinary suburban carriage stock, the Company ordered twenty electric locomotives from different manufacturers in 1904. Ten were built to a boxcar design by BTH, whilst the other ten were built to a centre-cab pattern by British Westinghouse. One of the latter type of locomotives, No. 1, can be seen below, as photographed around 1920. Weighing in at fifty tons and powered by four 200 hp motors, No. 1 was built in 1906 and stayed in service until replacement by the later and more modern Metropolitan Vickers locomotives. 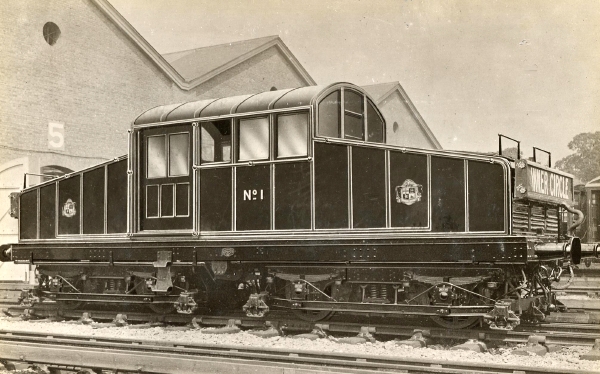 Below, a northbound four car train of new A60 stock on London Underground's Metropolitan line. The first two cars are Nos. 5002 and 6002 respectively. Built by Cravens of Sheffield and delivered in 1961, the A60 stock was produced to coincide with the electrification of the line to Amersham and Chesham and the withdrawal of the Metropolitan Vickers electric locomotives. As journey times on the Metropolitan take invariably longer than on other Underground lines (Amersham to Aldgate being 47 km), the A60 stock was designed to improve passenger comfort and reduce the amount of standing. 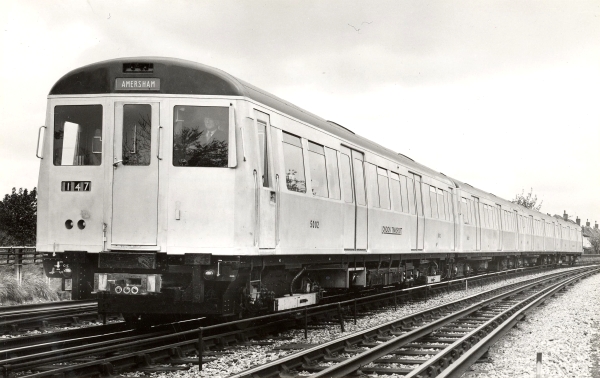 New A60 stock on the Metropolitan line See Details