The work of the Contractors' Locomotives

Being such a latecomer into the national railway system, the 'London Extension' had to carve a new route through the English countryside as all of the best routes had already been taken by the other railway companies. Valleys needed to be spanned, high embankments built, cuttings excavated and cites crossed at an elevated or subterranean level. On average, it would require 15 acres of land for every mile of the 94-mile long railway. This would be added to when the alternative route through High Wycombe was built in partnership with the Great Western Railway. 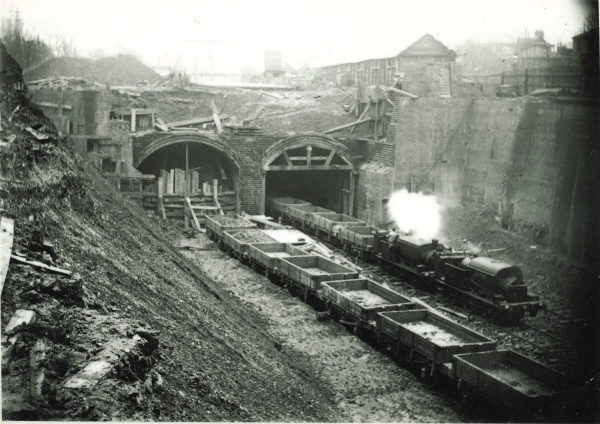 Construction of the twin arch tunnel at Wellington Place in London, circa 1897. A pair of double-heading contractor's locomotives emerge from the tunnel that was built using the 'cut and cover' method by J. T. Firbank. See Details

The 94 contractors' locomotives employed on the construction carried out a number of duties as part of their daily routine. For the most part they were to be seen hauling trains of wooden bodied tipping wagons; either full of freshly excavated earth and rock, or empty - the earth having been tipped to form an embankment elsewhere. The tipping wagons themselves were designed to act like a wheelbarrow. They were open fronted and could pivot on the front axle. Derailments were frequent on the roughly laid tracks as these were often made from lightweight rails laid on split log sleepers. 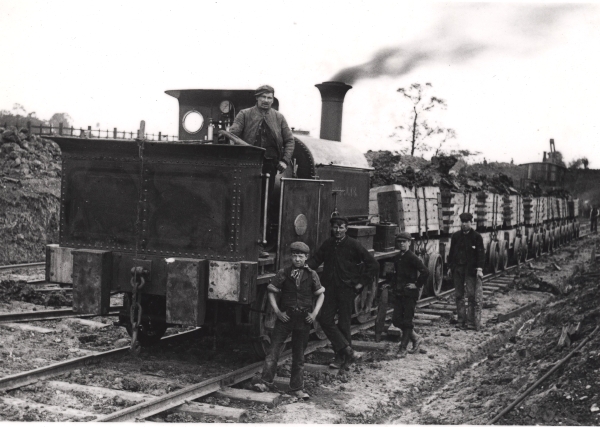 Hunslet Engine Co. No. 65, WILLIE, built in 1871. It is seen in Roxeth cutting near Harrow on 21 May 1902 with a long rake of tipping wagons. WILLIE was the property of T. Oliver & Son who built this section of the line between Neasden and Northolt. See Details

When not busy hauling tipping wagons (numbering nearly 4000 in total) the locomotives could be found pulling trains of mineral wagons full of ballast, stone and hard-core for foundations. Some of the contractors' railways had temporary links with the nearest main line railway allowing materials such as these to be brought in from outside. The majority of the contractors were self-contained and crushed their own stone or made their own bricks on site. 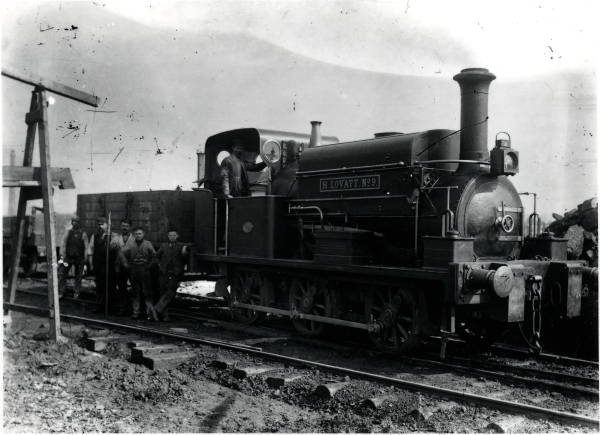 H. LOVATT No. 9, a Manning Wardle & Co. built 'L' class engine (No. 1228) dating from 1895. It is seen coupled to a Midland Railway wagon somewhere between East Leake and Aylestone. The locomotive's name identifies it as one of the fleet belonging to Henry Lovatt (Contractor) of Wolverhampton. See Details