Guards were not strictly speaking part of the station staff, but nevertheless, Newton felt it appropriate to capture the image of some of these important men for prosperity. A guard's duties were varied and interesting, but also involved a great deal of accountability; as a guard was responsible for a train's safety and no driver could proceed with a train with the guard's say so. Guards had to know their route inside out in order to give the appropriate signals at the correct time and, with the advent of corridor stock, had to have a good head for figures for onboard ticket sales. If a locomotive failed on the line, then the guard would have to protect the train in either direction, as well as reporting the failure to the nearest signal box and informing any passengers of the delay. 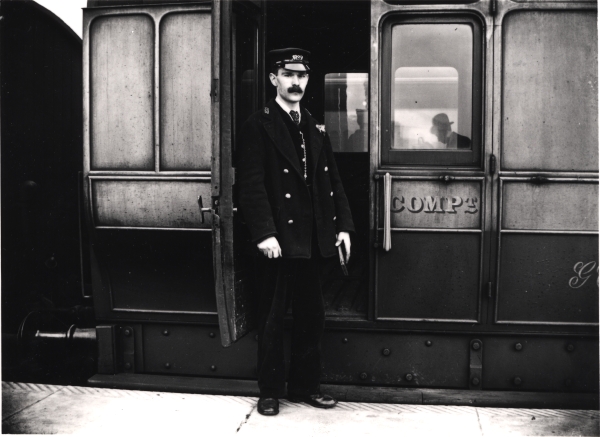 At the time of the opening of the London Extension, railway carriages were still of the compartment style with no connecting corridors between each vehicle. This made it impossible for a guard to check tickets when the train was in motion, so all tickets had to be checked at stations. In the case of a large station like Leicester Central, ticket inspectors were employed to do this. Their main role was to clip a passenger's ticket on boarding a train, but they also had other duties too. One of which was the setting of the departure clocks that were sited on the platform at the top of the stairs from the subway. A series of destination boards could be slotted into the clocks, and the clock's hands adjusted to show the departure time. 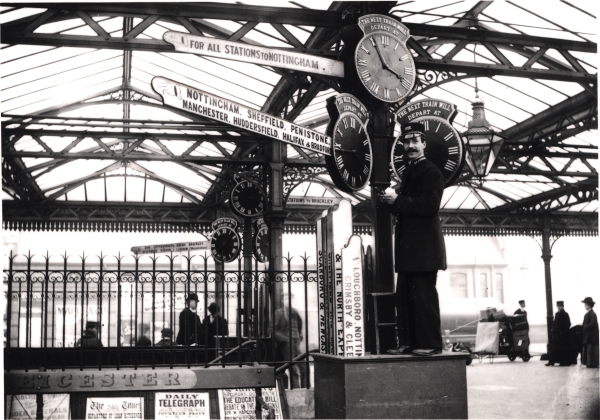 In 1829, crowds of over 10,000 gathered at Rainhill on the new Liverpool & Manchester Railway to watch Stephenson's ROCKET secure its place in history. Controlling these crowds was difficult and even the invited gentry disobeyed company rules. This disorder resulted in the tragic death of William Huskisson MP, who alighted from a train onto the tracks and was struck down by ROCKET itself - thus becoming Britain's first railway fatality. From then on, it was clear that the railways would need policing and, by 1900, most of the railway companies had their own police force or had a local Constable based at the larger stations. For many years after the London Extension opened, Leicester Central's officer was P.C. Milburn - pictured here. 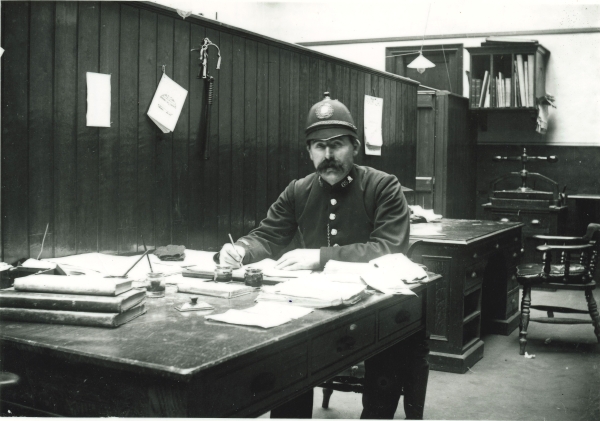