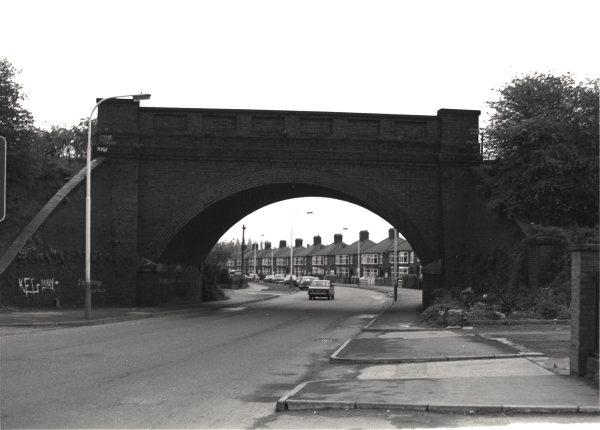 This large, skewed, brick-arch bridge was constructed to span what is now Beaumont Leys Lane, Leicester, and did so in a single span. See Details

I have always had a (soft spot) for steam railways. As you can imagine living where I do now (Mr Willdig lives in Loughborough) I and my family have had many trips on the great steam trains at the G.C.R. at Loughborough.
my fondest memories of the Great Central go back to when I was a lad in the late 1930s early 40s, at that time we were living in Belgrave and our local "Recky" was the Belgrave pasture which was a playing field bordered by Thurcaston Rd. and Abbey Lane.

As youngsters most of us kids from my area would go down there to play Football etc.
It was while we were playing there we would watch the trains leaving Birstall station passing along the line to Leicester, passing over that wonderful Blue Brick bridge over Thurcaston Rd. why it was pulled down I shall never know. We would spend hours watching the trains, mostly goods at that time, we were amazed at the number of wagons these trains pulled along, all shapes and sizes.
We got used to the sound of the engines but every so often we would hear a different sound and when we looked we noticed that the engine was a different shape also, I was told later that these engines came from America, presumably to help out during the war. 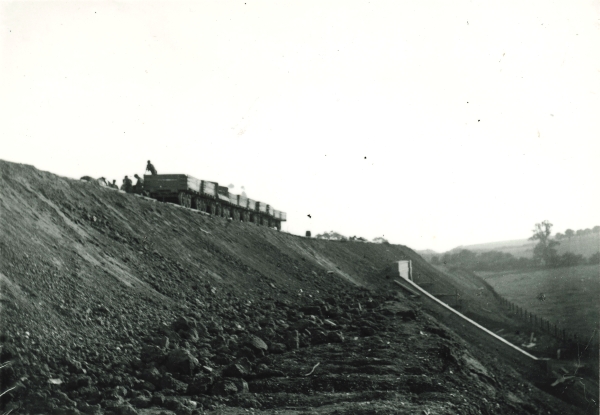