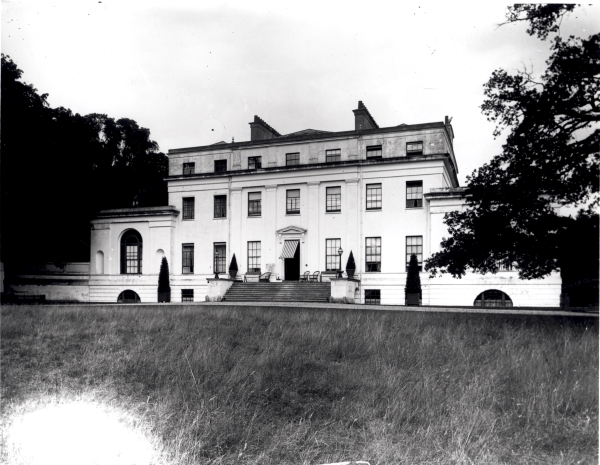 This large, white plastered house with plain three-storey frontage and side partitions is the manor house of Wilton Park in Beaconsfield. A fine falladian mansion, it has a neo-classical style interior, and was built in the early 18th century. It was bought by Joseph Du Pre, a former governor of Madras, India, in 1779 and remained in his family for many years after this photograph was taken. It may have been the estate's close proximity to the Great Central and Great Western Joint Line which prompted Newton to photograph Wilton House, but unbeknown to him the building was set to take on greater significance - in 1939 it was taken over by the War Office, and used as a centre for interrogation of senior Prisoners of War, including Rudolph Hess. Speakers including Churchill attended talks at Wilton Park, calling for Britain to help establish successful democracy in Post War Germany. Sadly this historic building was demolished in 1967, and now a number of military buildings stand in its place.