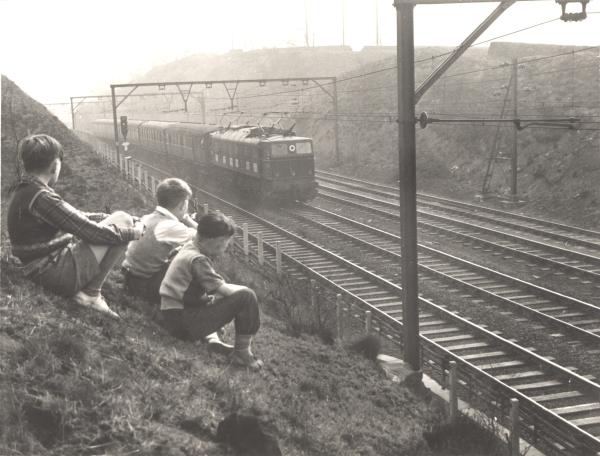 Two types of electric locomotive were built for the Woodhead Route. The eight-wheeled (Bo-Bo) EM1 type and the larger twelve-wheeled (Co-Co) versions known as EM2's. The terms Bo-Bo and Co-Co relate to the number of driven axles on each of the two power bogies. This photograph shows one of the EM2 locomotives working a passenger train near Oughty Bridge (now Oughtibridge) circa 1954. A small huddle of boys wearing the classic 'tank-top' sleeveless jumpers of the 1950's, watch the train approaching. How many of them grew up to be engine drivers, one wonders? See on Route Map