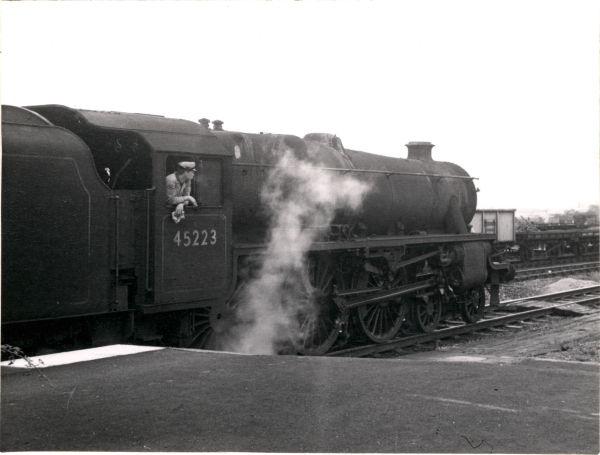 The later years of the London Extension saw many different types of locomotive operate over the route. During the days when the line was under British Railways Midland Region control, these locomotives were mostly ex-LMS types and were mainly of the class 5MT or 'Black 5' variety. These locomotives, designed by the LMS's William Stanier, were unarguably Britain's most successful mixed traffic design, and many saw service on the London Extension until the end in 1966. This example, No. 45223, is seen about to depart from Whetstone in November 1962. See on Route Map