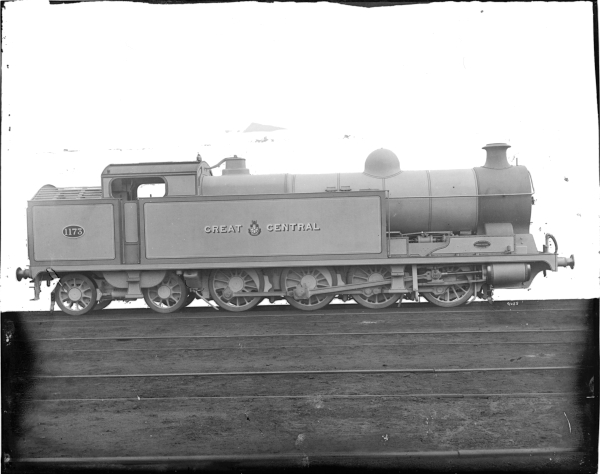 To handle the traffic from the South Yorkshire Coalfield more efficiently, the Great Central built a huge concentration yard at Wath, near Sheffield. The yard was built on the gravitation principle, where access to sidings was reached by passing over a hump. Wagons would be pushed over the hump, and would then roll down the other side into the correct sidings. To operate the yard, John G. Robinson designed a heavy 3-cylinder tank locomotive, classed 8H. The four members of the class were built by Beyer Peacock & Co. of Manchester in 1907(?) and were, at the time, the most powerful locomotives in Britain. This image is the official Beyer Peacock works photograph of 8H, No. 1173 - the locomotive being painted in grey for the purpose. See on Route Map