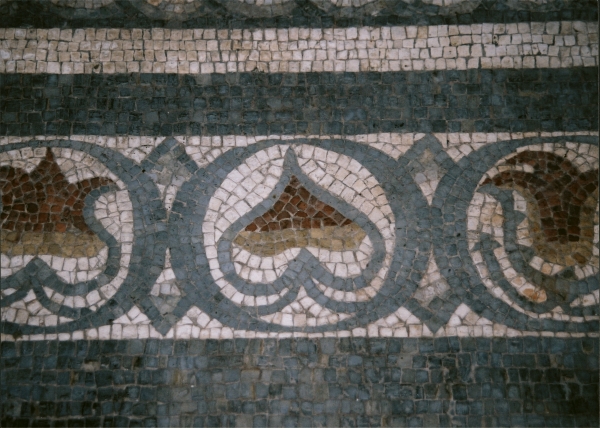 The Blackfriars tessellated Roman pavement is believed to have been constructed around 150 AD. It remained hidden until 1832 when it was uncovered in the basement of a house at 53 Jewry Wall Street. This house was later demolished to make way for the Great Central Railway's Leicester Central station, but a special chamber was built around the mosaic (beneath the station) to protect it and provide public access. It survived like this until the late 1970's when the mosaic was removed to the nearby Jewry Wall Museum. It is here that this photograph was taken on 21st October 2003. Note the bold use of colour and the uniformity of the individual tile pieces. See on Route Map