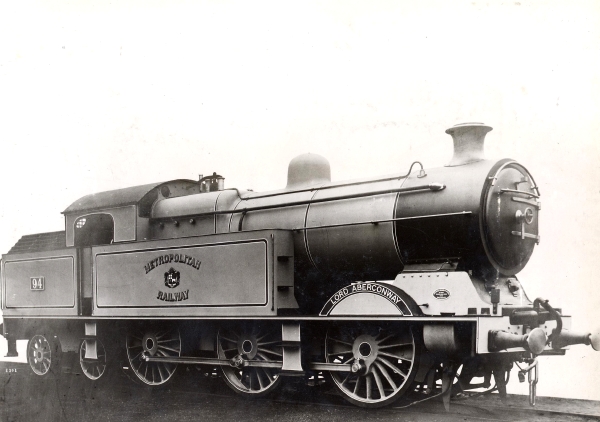 Built by the Yorkshire Engine Co. in 1915, this is the Metropolitan Railway's 0-6-4T G-Class locomotive No. 94 LORD ABERCONWAY. The company's Chief Mechanical Engineer, Charles Jones, had designed the G-Class as a more powerful engine that could handle the increased volume of goods and passenger traffic brought on by the First World War. Despite being superior in design and performance when compared with any previous Metropolitan engine, only four of the G-Class were produced. In addition to their numbers (Nos. 94-97), the locos carried names on the leading splashers. Lord Aberconway was the Metropolitan's Chairman.