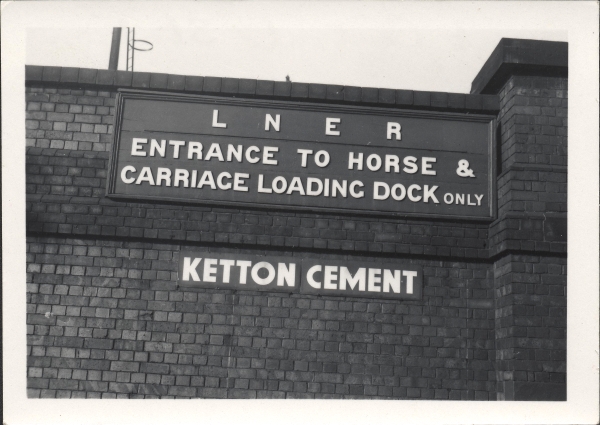 London & North Eastern Railway's sign board, photographed at Leicester Central Station in October 1957. A relic of a previous era , the sign has survived despite the L.N.E.R. becoming part of the nationalised British Railways some ten years before the picture was taken. See on Route Map